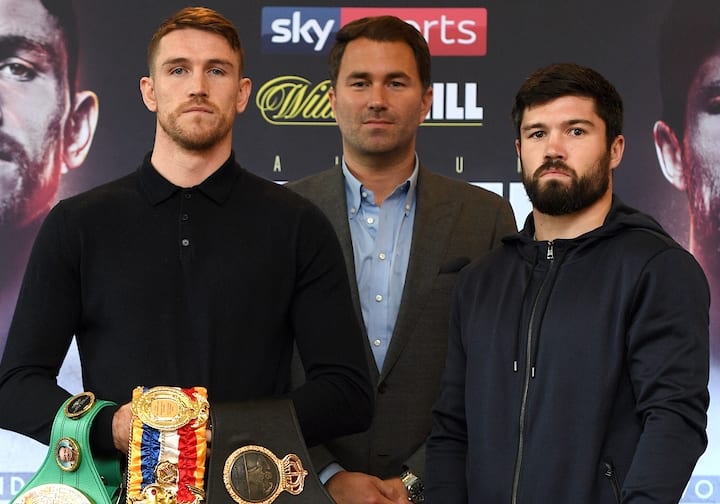 Smith on Ryder- ‘I’ll be too much for him’

Callum Smith has admitted that his 2020 Anfield dream would disappear if he were to surrender his WBA World, WBC Diamond and Ring Magazine Super-Middleweight titles to mandatory challenger John Ryder at the M&S Bank Arena Liverpool on Saturday November 23, live on Sky Sports in the UK and DAZN in the US.

‘Mundo’ returns home to fight in his native Liverpool for the first time since outpointing Sweden’s Erik Skoglund in September 2017 knowing that a win over his fellow Brit Ryder is vital if he is to secure a mega-fight against the likes of Saul ‘Canelo’ Alvarez or Billy Joe Saunders next summer.

“I want the big fights, I want the superstar names and the only chance of me getting them is by having a World title, so I’ve got to keep my belt for as long as I can,” said Smith. “John Ryder poses a big threat. He wants to take what I’ve worked so hard for. I worked hard to win my World title and I’ve got to work even harder to keep it now.

“I’m expecting a tough fight from John Ryder, he’s in good shape and it’s a big opportunity for him. I just think the best version of me beats any Super-Middleweight on the planet. With the way I’ve been performing in the gym, I think I’m going to put in a big performance. You’ve got to respect him because he’s in good form. He’s won fights where he was the underdog and he wasn’t supposed to win.

“He deserves a lot of respect. He hasn’t just been picked out of a hat, he earned the mandatory position with good wins. I respect every fighter and John especially, but like I said before I think the best version of me beats any Super-Middleweight in the World and as long as I turn up and perform the way I know I can then I think I’ll be too much for him.”

Smith (26-0, KOs 19), rated as the No 1 fighter in the 168lbs division, will fight for the first time as World Champion on home turf after blowing away Hassan N’Dam in three rounds last time out on the Anthony Joshua-Andy Ruiz Jr undercard in New York in June.

Ambitious plans are in place for Smith to fight at the home of his beloved Liverpool FC in May next year, potentially a unification clash against fellow Matchroom man Billy Joe Saunders who successfully defended his WBO title in LA last week, but Smith isn’t getting carried away and insists his focus is firmly on Ryder next week.

“This fight is like every other fight in my career, they’ve always been must-win. I always wanted to be where I am now so any loss along the way would have derailed those plans. Now people are talking about 2020 and the massive names and the thought of Anfield. All of that disappears if I lose to John Ryder.

“It’s the same motivation that I’ve always had. I always want more and I’m always wanting to see what’s next. This fight is no different, a win over Ryder opens the door for possible huge fights in 2020. A loss to Ryder and they all disappear and I become a challenger again and I join the queue. It’s a must-win fight for me and that’s all I need. As long as I’ve got a World title I’m in a very good position.”