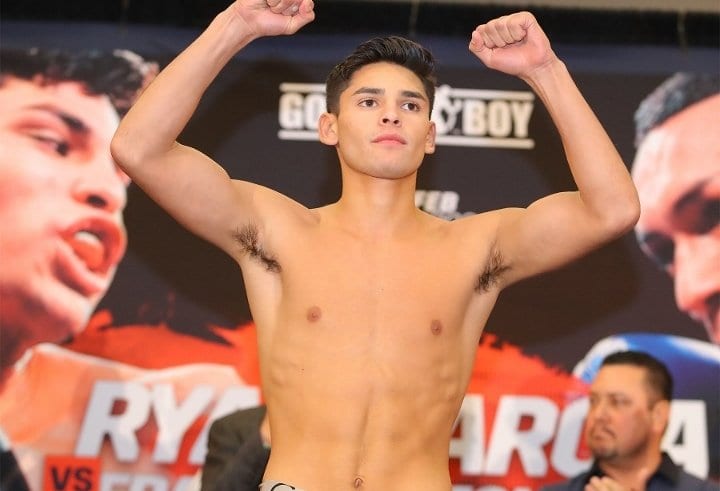 If you’re talking about undefeated lightweight Ryan Garcia, let me let you know that he is listening.

Speaking with Jake Donovan of Boxingscene, García’s promoter and Golden Boy Promotions Partner Bernard Hopkins says that Garcia is fueled by the support both good and bad.

“Ryan hears that clearly. He listens to his fans and his haters,” Bernard Hopkins told BoxingScene.com in an interview. “Ryan needs that kind of conversation with people telling him what he can’t do—he’s too pretty, he’s skinny, he’s not a big puncher. But he’s an accurate puncher.

The last time I spoke to a lot of people that have been knocked out, they didn’t see the punch coming. That’s what knocked them out – the one you don’t see coming and can’t prepare for.”

WAR IS ALL I WANT

Garcia is in action to kick off 2021 this Saturday as he takes on Luke Campbell in a title eliminator where the winner will take on for the World Boxing Council (WBC) title currently held by Devin Haney. That news was mentioned by WBC President Mauricio Sulaiman earlier in the month. This main event is tentatively scheduled to start around 6 pm Eastern Time/11 pm United Kingdom time to accommodate the DAZN Global audience.

Whatever the case may be, it won’t be on in prime time Saturday night.

Just know if you hate Garcia, he’s using that as fuel to shut any doubters up.

“He uses a lot of the negativity and just as well proving to his fans that he’s the best,” noted Hopkins. “I think both things will help him, not hurt him. It reminds me of my days when I used to do things and say things to get under people’s skin, and when they thought they got under my skin.”

As of this writing, the fine folks at MyBookie have Garcia the favorite, as Campbell is a 3 to 1 underdog. Campbell is also coming off a tough contest where he lost to Vasiliy Lomachenko by unanimous decision in August 2019. Hard to expect any different outcome at the American Airlines Center in Dallas Saturday night.