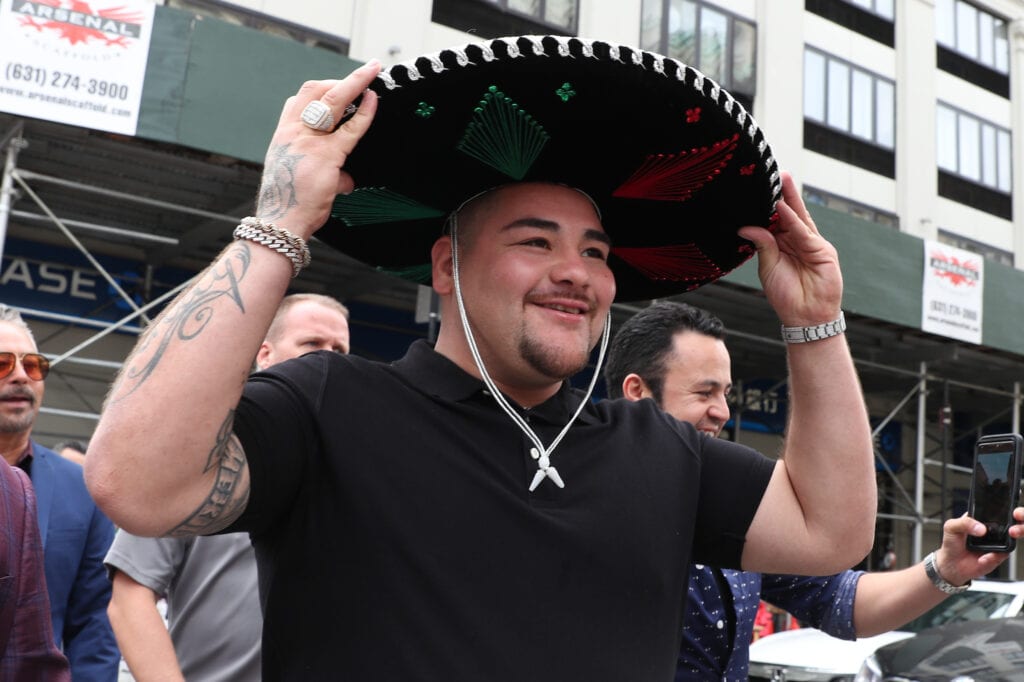 Andy Ruiz Shedding Pounds As He Prepares for Return

Andy Ruiz Jr. in March of 2019 was the greatest story in boxing upsets in a long time, upsetting Anthony Joshua in Madison Square Garden. After the rematch in December, he had been beaten back by Joshua and spent all of 2020 changing rainers and, like a lot of big names, not in the ring cause of the pandemic.

If you follow any of his social media, selling CBD products and training for his in-ring return.

“I’m working, hard preparing for whoever is next. Thank God we are on the right track. It’s hard. I’ve never done this in my entire life. I never lifted weights. I never had a physical trainer like them. It’s time to run. It’s time to get it back. It’s time to work hard,” Ruiz said.

“I’m down 20 lbs and getting that 6 pack baby, Ruiz said on an Instagram post last week promoting his new Youtube Channel. You can check out the latest video from his channel below.

So what is Ruiz getting in shape for in the ring? It has been long speculated that he was to take on Chris Arreola. Arreola himself will turn 40 next March, and a fight like this is seen as one on his way out of a long career where he has challenged the title three times but has come up short each time. Boxing scribe Manouk Akopyan tweeted out before the holidays that the conversation of that fight has been going on for a while and maybe on pay-per-view.

The plan is for Ruiz to return to the ring at 250 pounds and fight in the first quarter of 2021.

A FOX pay per view between Ruiz and Chris Arreola has been discussed in recent months.

Before you start groaning that this fight is behind a paywall, let me remind you to start in 3, 2,1…

All of that asides, Ruiz with new trainer Eddy Reynoso and that team so far has him in the best shape in a long time. We all saw a factor on display in the rematch against Anthony Joshua, where he came in at 287 pounds and lost that bout by unanimous decision. To his credit, following the loss, Ruiz owned up to it and has since been off 2020 due to the pandemic. We’ll see if the newfound focus for Ruiz pays off sometime in 2021.

Worst Fight Of The Year: Jacobs-Rosado
Ryan Garcia Fueled By Support (and Hate)
Advertisement
To Top