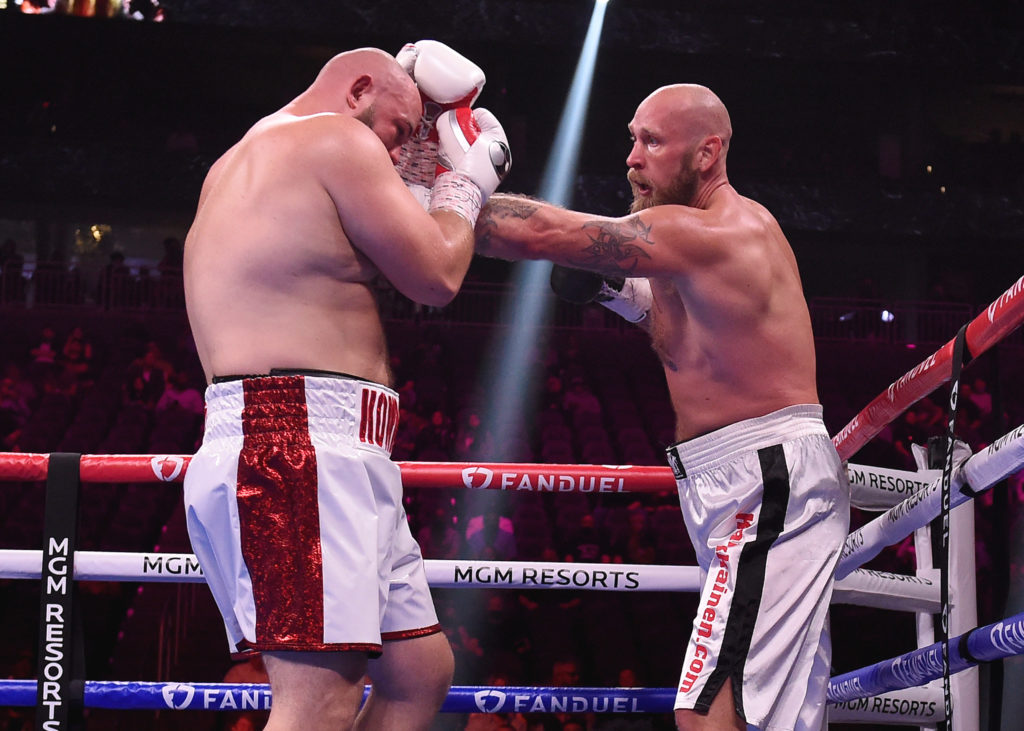 Robert Helenius warned before the bell he wasn’t the “B-side” and proved it Saturday night in one-way destruction of Adam Kownacki in their Heavyweight grudge match on the undercard of Fury-Wilder III  in six rounds.

The official time of the stoppage was 2:38 of the sixth round, as the ref called the fight off as he had seen enough from Kownacki.

The referee steps in and disqualifies @AKbabyface (20-2, 15KOs) due to numerous low blows, giving @helenius_robert the Nordic Nightmare the win by TKO. Helenius improves to 31-3 with 20KOs. #HeleniusKownacki

Before the contest, Helenius didn’t see himself as the underdog and heading towards the end of the third. This fight played out the same way that the first one played out. Kownacki landed a low blow to the coin box put a halt to the attack from Helenius, and that was the ending of round three.

By the start of round four, Kownacki was flat-footed and beaten down, but Helenius and his punch output dropped considerably. This led to the best round for him in the fight by far. In the fifth round, Adam Kownacki has deducted a point for repeated low blows. It seemed to be survival mode for Kownacki as Helenius caught him with a straight left that got him wobbly.

For the most part, the fight was one-sided for Helenius and mercifully stopped by the referee as Kownacki had only one answer, and it was low blows, which aren’t allowed. After the fight, Benardo Osuna tried to get a few words out of Helenius, which he got.

“I was good. He had some hard hits but didn’t have anything on me,” Helenius said.

“I hope so,” Helenius said after the fight about being the mandatory challenger to Oleksandr Usyk.

While he was short on the conversation after the bell, Helenius did what he said he would do tonight inside it.