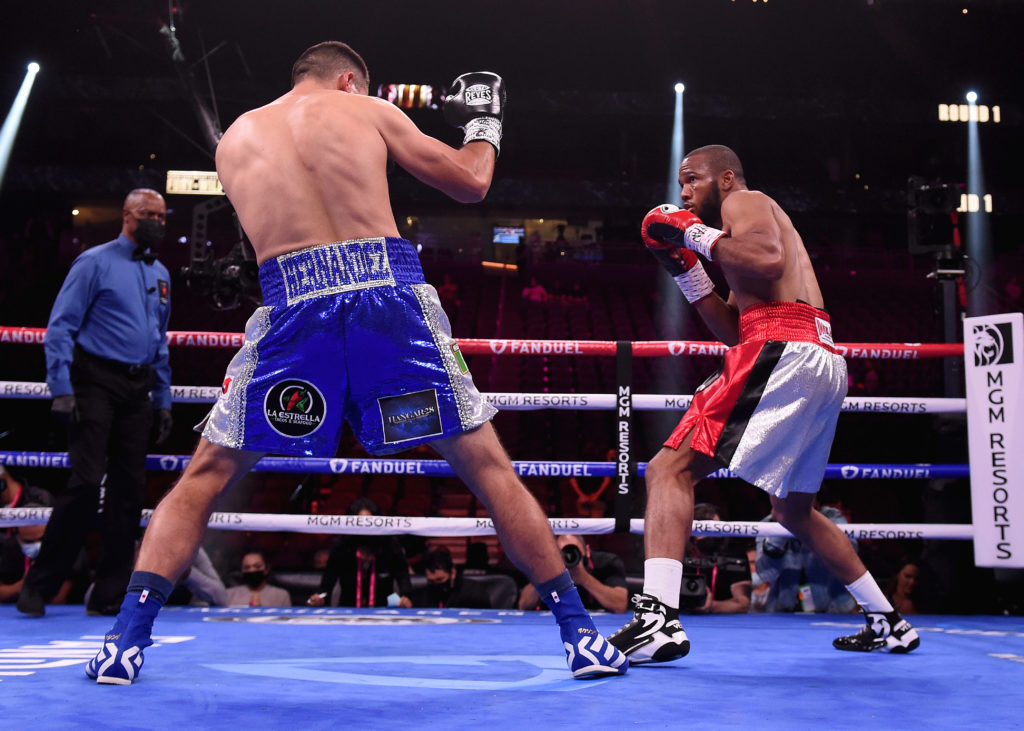 Return Of Julian Williams Ends In Upset By Hernandez

Former unified super welterweight champion Julian “J-Rock” Williams was in action, and Vladimir Hernandez was the target as he was defeated in a punishing upset split decision loss Saturday night.

This was a very entertaining opener to kick off the prelim portion leading into the pay-per-view headlined by Deongtay Wilder and Tyson Fury for the 3rd time.

The fight started with both throwing early with bad intentions but not much landing. That changed as a cut was seen over the right eye of Hernandez as both guys were looking to make the opening bout seen on ESPN2/FS1 a short one. By the end of the second round, Williams started to land more shots, but Hernandez was in close, still trying to fire off uppercuts to Williams.

Vladimir Hernandez's tenacity and punching output helped lead him to a SD victory over Julian Williams (27-3-1, 16KOs), improving his 13-4, 6KOs.

What looked like and sounded like a knockdown at the T-Mobile Arena in the fourth round was ruled a slip by Hernandez by referee Kenny Bayless and from there, he continued to press the issue as if he was knocked down. It was a very close contest as the fight entered the fifth.  Hernandez avoided another knockdown in the six as it was ruled a slip, but this was due to their feet getting tangled. He also was dealing with a cut on his other eye now as well in this physical matchup.

Fatigue started to set in for both fighters as the seventh came around, as it looked like both guys were throwing less and with as much volume as early on. It still was a close contest as Hernandez was still putting up a scrap attacking the body of Williams. By the time the eighth wrapped up, it was apparent that both guys were gassed but still pressed on.

Hernandez landed a choppy overhand right in the middle of the ninth round that had stunned Williams and pretty much spent the entire round on the defensive to avoid getting knocked down similarly in his loss against Jeison Rosario. That continued onto the tenth as Hernandez kept firing and outboxing Williams.

In the end, that was his downfall in what was a close contest. With the win, Hernandez moves to 13-4 while Williams falls to 27-3-1.