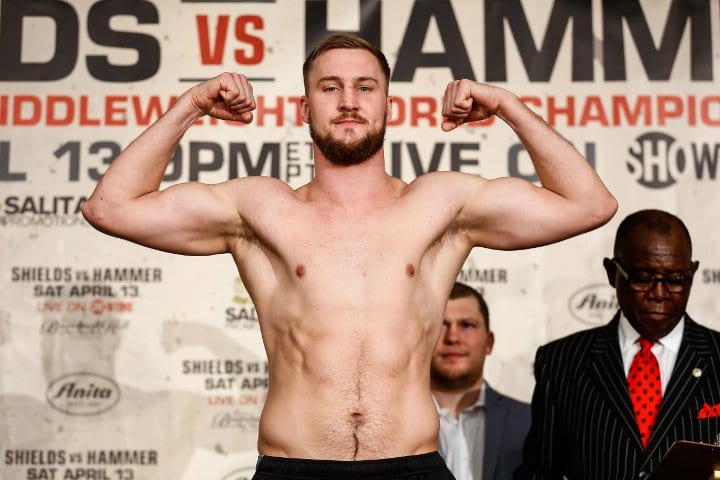 While we await the upper potion of the Heavyweight division to sort out over the next few weeks with Unified champ Anthony Joshua scheduled to fight WBO #1 contender Oleksandr Usyk next weekend and the hope for a third fight between WBC Heavyweight champ, Tyson Fury and former titleholder Deontay Wilder two weeks later, Dillian Whyte apparently has an opponent for his bout on October 30th.

Idec wrote that while Matchroom Boxing promoter Eddie Hearn had been in negotiation with American veteran Chris Arreola, that no deal could be reach with him. Instead, it will be the 30 year old Wallin, who is best known for having pushed Fury to a 12 round decision in September 2019.

As for the English contender Whyte, we wrote about his revenge 4th round KO of former WBA World champ, Alexander Povetkin, back in March. That reversed his shocking one-punch KO defeat by the Russian, which has derailed any hope Whyte had had to get in line for the winner of Fury-Wilder III.

Our Marquis Johns had written at the beginning of this month that unbeaten American Jermaine Franklin, 20-0, was a prime candidate for Whyte at the end of October. Franklin had posted on social media,

The ink is dry. I signed my agreement. Where are you, Betty Whyte (90 year old American actress)? It’s time to make this happen. If I’m a bum, then sign your paperwork if you can spell your name.”

However, Franklin’s attempted “call out” obviously never came to fruition.

Back to the Swedish born Wallin who now trains in New York, he scored a 5th round TKO over American Travis Kaufmann back in August and then defeated former world title challenger Dominic Breazeale by decision in February. And, while not a hard puncher, he’s certainly been in with credible competition recently to potentially give Whyte a test.