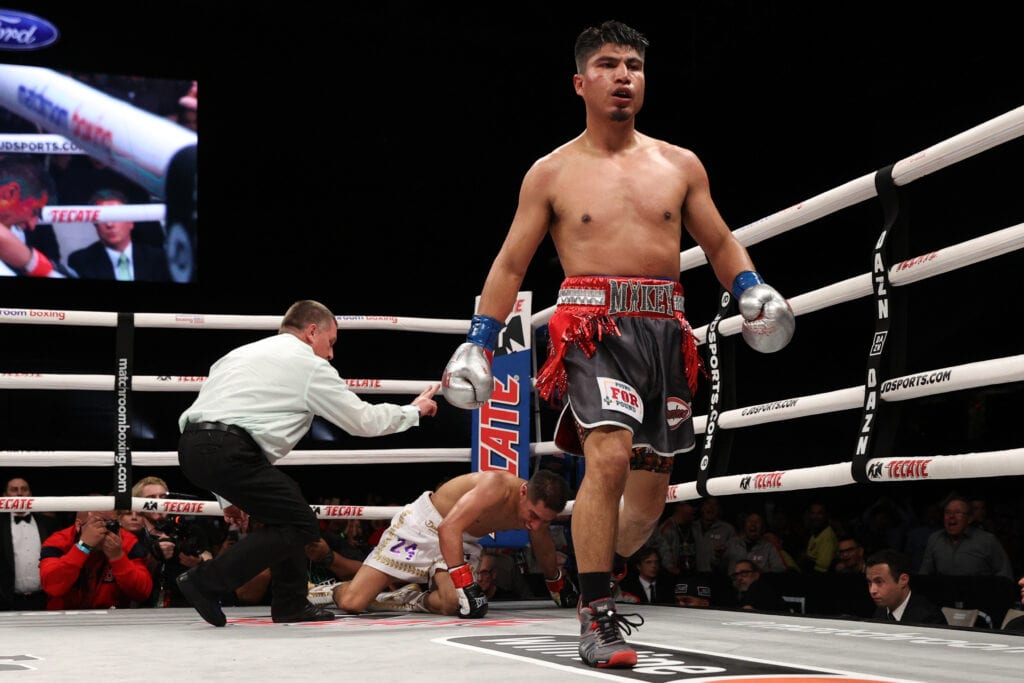 The Ford Center at The Star in  Frisco, Texas, was the site for the main event on DAZN in the U.S. and on Sky Sports in the UK, which saw Mikey Garcia defeat Jessie Vargas by unanimous decision in what was a tale of two fights.

For Garcia (40-1, 30 KOs), this was his return back into the ring since last March after suffering his first loss to Unified 147 lb. champ Errol Spence in his debut at welterweight.  Early on Saturday night, it was the former two -time champion Vargas (29-3-2, 11 KOs)  who was able to land hooks in the opening round of the fight. It played out much like the fight Garcia had against Spence in nearby Cowboys Stadium.

In the fourth round, Vargas was continuing throwing hard shots that caught Garcia for a second with a left hook that stunned him but was able to remain in the fight.  The gameplan for Vargas was jabbing to the body, then throw a jab or hook to the head of Garcia. This plan worked well for him in the early portions of the fight. What Garcia lacked in volume punching made up for in efficiency.

That all changed in the fifth round as a right hand landed clean from Garcia, which sent Vargas down.  Vargas survived the round but started the sixth still on shaky ground and wasn’t as crisp looking as he was before the knockdown.

From this moment on, Vargas just wasn’t the same as Garcia took over. Another one-two landed as well late in the seventh round, which had Vargas stunned up against the ropes, but the bell saved Vargas in that had all sign of being halted. All of this was moot, however, as the fight went to the cards.

“As the fight went on, I started hurting him, ” said Garcia after the fight.

With the victory, Garcia is hoping that he can land the mega-fight with Manny Pacquiao, which the broadcast repeatedly mentioned during the fight, and Garcia himself said he wanted after the match. We’ll see if that happens down the line.

Hunter Repeats-Shobox Results from Sam’s Town
Proposed Pacquiao-Mikey Garcia July fight doesn’t add up
Advertisement
To Top
We use cookies to ensure that we give you the best experience on our website. If you continue to use this site we will assume that you are happy with it.OkPrivacy policy