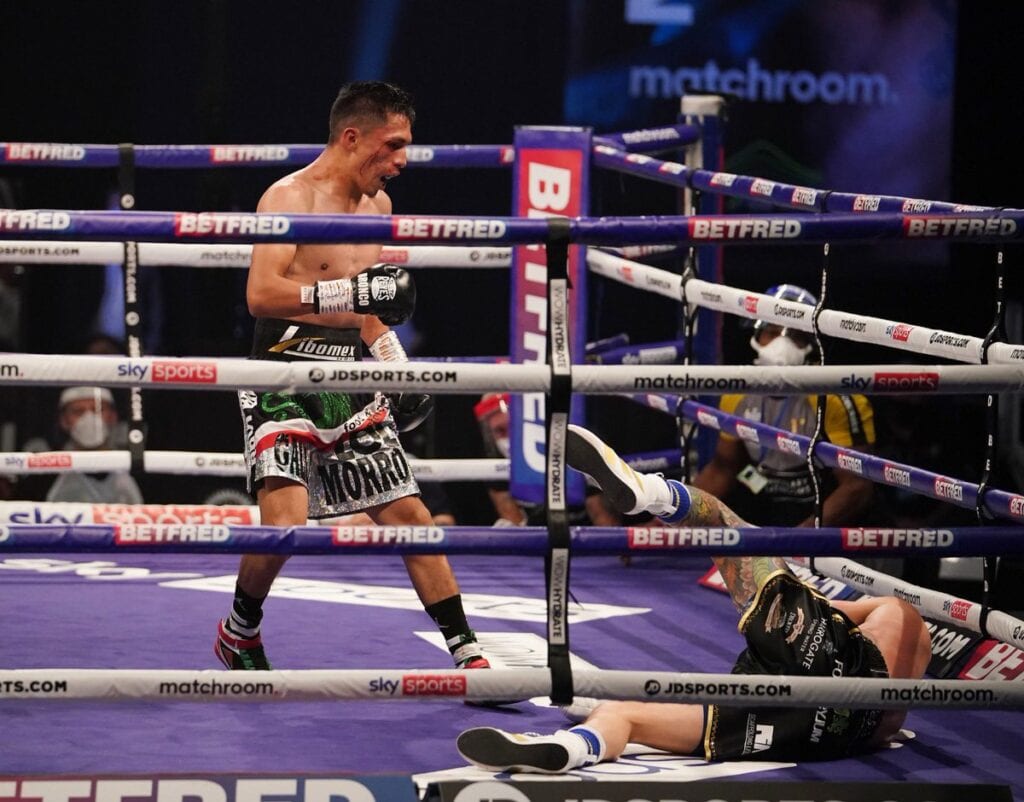 It was a stunning defeat in February for former IBF Featherweight champ, England’s Josh Warrington and now, he’ll get the chance to redeem himself with a September rematch against Mexico’s Mauricio Lara.

A report from ESPN boxing insider Mike Coppinger Sunday night says that Warrington-Lara II will be on for Leeds, England’s Headingley Stadium, as part of card that will also feature Women’s Undisputed Lightweight champ, Katie Taylor,

Matchroom Boxing and promoter Eddie Hearn have been working to secure the rematch for Warrington, who was surprisingly kayoed by the little known Lara, who had been as much as a 25-1 Underdog at some British sportsbooks.

This came on the heels of Warrington having turned down the IBF’s Featherweight mandate for him to fight Kid Galahad in what would have been a rematch. Instead, Warrington, 30-1, 5 KOs, chose to vacate the IBF title and fight Lara in a Matchroom main event.

But, as we wrote in February,  the man fighting for only the second time in his career outside of Mexico, caught Warrington with a huge left. It dropped the former 126-pound World Champ, stunning those at ringside in the Wembley Arena.

Warrington barely survived the fourth round and was clearly wobbly as the fight went on. And, Lara, 22-2, 15 KOS, continued to hammer him at times with rights and lefts. Eventually, the end came in the 9th round, as the 22 year old Lara caught Warrington with a lead right followed by another big left hook that wobbled him, again.

Then, a series of left hooks followed by a right to the body and one last big left to the head dropped Warrington on his back and the referee did not bother to count.

Warrington had hoped to fight Chinese contender Xu Can after defeating Lara, but obviously that was blow up by Lara’s KO.

As for Taylor (18-0, 6 KOs), she’s is arguably the top Women’s fighter in the world. And the Irishwoman, will defend her Undisputed 135-pound championship in the co-feature in Leeds, according to Coppinger. Her last win came over Natasha Jonas in May via unanimous decision.

The bouts are tentatively set for September 4th and to be streamed as part of Matchroom’s new multi-year exclusive deal with DAZN streaming service.