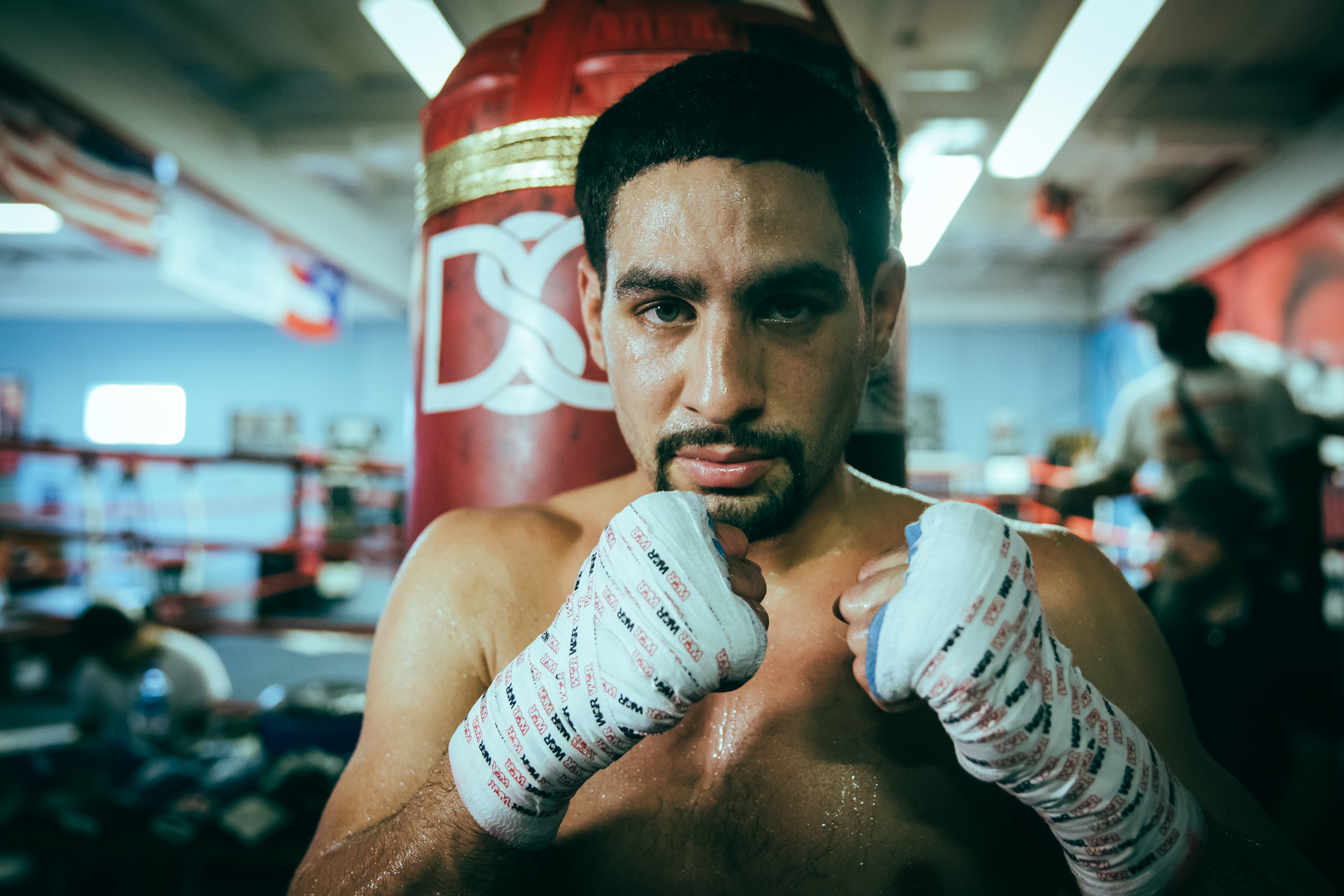 Danny Garcia has been enjoying life for the past 19 months since his last fight, a decision loss challenging unified welterweight titlist Errol Spence Jr. in December 2020.

Garcia, with a young family and having earned many millions of dollars, figured it was a good time to relax for a bit and enjoy the fruits of the labor of a 15-year career in which he has won world titles at junior welterweight and welterweight and faced many of the best names of his time.

But he never intended to retire. Rather, he wanted to re-charge his batteries and look to make a title run at junior middleweight, where Jermell Charlo presently reigns as undisputed champion.

“It’s been 19 months since I’ve been in the ring and I’ve been enjoying my life in and out of the ring. I’ve spent time with my family, but I’ve still been staying in the gym the whole time,” Garcia said. “I trained with young guns Chris Colbert and Stephen Fulton Jr. To be honest, it feels like I never left.”

Garcia will get back into the ring for real when he makes his 154-pound debut against Jose Benavidez Jr. in the 12-round main event of a Premier Boxing Champions tripleheader on Saturday (Showtime, 9 p.m. ET) at Barclays Center in Brooklyn, New York, where Garcia will be fighting for the ninth time since he was in the building’s first main event in a rematch with Erik Morales in 2012.

“We had a tremendous training camp in Philly,” Garcia said of his hometown. “We’ve done everything we were supposed to do and my body feels great. I knew that I was coming up to 154 pounds, so I built more muscle. But most importantly I feel good mentally. Once Danny Garcia is mentally and physically strong, no one can touch him. I’ve proved that before. I’m just excited to be back at Barclays Center.”

Hear more on Garcia-Benavidez off of our “Big Fight Weekend Preview” podcast by clicking play below,

“I’m excited to be on this card with a lot of young fighters. It’s tremendous and I can’t wait. The ‘Danny Garcia Show’ is back. It feels good to be back. I’m back because I love to fight. I’m a fighter and I love boxing. I knew once I took that break, that I’d come back at 154 pounds. A lot of people don’t know how I’ve been squeezing my body down. I think people will be surprised about how strong I am.”

The time off, Garcia said, did a world of good for him.

“The time off was very important. After you’ve been fighting for a long time — I’ve been fighting world champions for the last 10 years — I realized that my body felt great, but my mind felt foggy,” he said. “It felt tired. It didn’t feel sharp. I knew that I needed my mind to rest, have some fun, and spend some time with my family. I needed time to enjoy everything that I worked so hard for, start to miss the game of boxing and then come back strong. I think that’s what I’ve done.”

Garcia (36-3, 21 KOs), 34, whose only losses were to Spence and very close, debatable decisions to Shawn Porter and Keith Thurman in welterweight title fights (both at Barclays Center), would eventually like to challenge PBC stablemate Charlo, or whoever has the junior middleweight titles, but first up is Benavidez.

“I want to chase a new dream. I want to be a three-division champion,” Garcia said. “I have the skill and I have the will and I’m not going to let anyone take it away from me. I’m going to go out there and have fun and do what I do best.”

The additional weight will not be an issue, Garcia said.

“It’s not about weight, it’s about skill,” he said. “You don’t become a three-time world champion because you’re just bigger. It’s about skill and technique and that’s what we bring to the table. The only goal is to get this ‘W’ on Saturday. Then we’ll start setting new goals. I expect Benavidez to come to fight. Other than that, just expect me to do my thing.

“I’m going to be really strong on Saturday. This is a good weight class for me, especially at this point in my career. There’s a lot of good fighters in the division for me to fight. I have more strength, more stamina. I’ve done more sparring because I’m at this new weight class.”

In Benavidez (27-1-1, 18 KOs), 30, of Phoenix, Garcia is facing an opponent who also has spent most of his career at junior welterweight and welterweight. Benavidez, who is the older brother of interim super middleweight titlist David Benavidez, however, is 0-1-1 in his last two bouts in a career marred by a serious leg injury from a gunshot wound.

In 2018, Terence Crawford knocked him out in a welterweight title fight. Benavidez didn’t fight again until a generous majority draw with Francisco Emanuel Torres in his most recent bout in November.

“Benavidez is a tough fighter. He has some skills,” Garcia said. “Obviously, he’s 27-1-1 and he’s fought some good fighters. I expect the best of him. I want to knock him out but if the knockout doesn’t come, then we’re ready for 12 rounds. I just want to go in there and give the fans a great show.”

Also on the broadcast are two 10-round bouts: