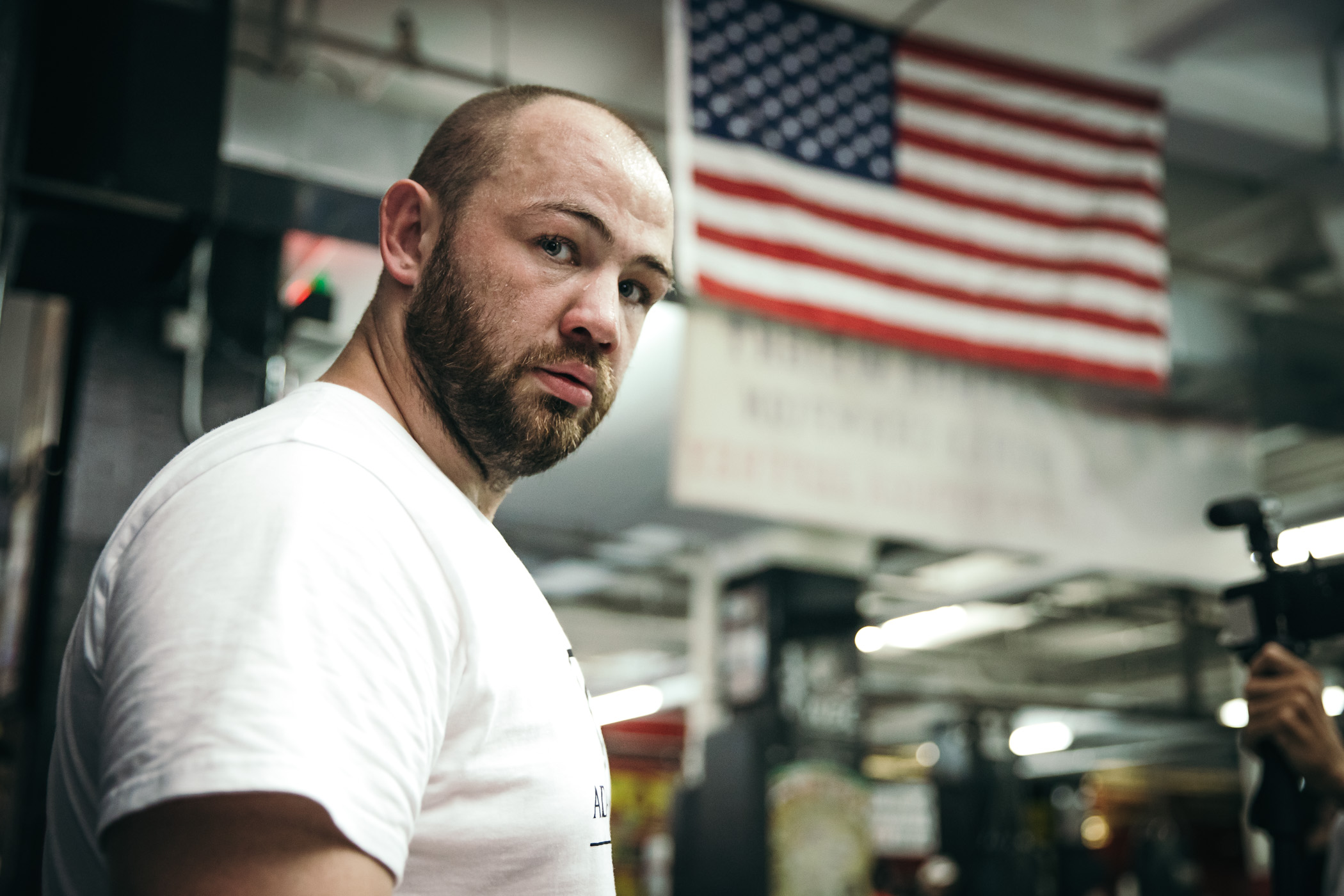 It’s never a certainty that the boxing weight scale means that a fighter is or is not in shape, but the good news for Polish-American heavyweight Adam Kownacki at the Friday weigh-in for this Saturday bout at Barclays Center in Brooklyn, NY is that he’s lightest he’s been for any of his fights in five years.

Kownack and opponent Ali Eren Demirezen stepped on the scales mid-day prior to their co-feature fight on the Showtime Boxing/Premier Boxing Champions card in New York,

Kownacki checked in at 251 lb., considerably lighter than has two losses to Robert Helenius. The second of which in Las Vegas last October, he was 258 lb. for his second straight TKO loss to Helenius. However, in their first fight in March of 2020 (also a TKO defeat), he was 265 lb.  And, in fact, you have to go back to July 2017 KO win over Artur Spilka, when Kownacki weighed less than Friday, as he was 242 lb. that night.

No matter the good news on the weight, Saturday is a critical moment for the 33 year old Kownacki. This is due to the defeats to the veteran Helenius that obviously halted Kownacki’s “push” Premier Boxing Champions to a possible title shot. The first came in stunning fashion on a 4th round TKO in front of Kownacki’s thousands of fans at the same Barclays Center in March 2020. That bout saw him down several times and out on his feet from Helenius’ punching power.

Post-Covid 19 pandemic and the shutdown of the sport in 2020, the fighters and PBC put together the rematch  on the undercard of the third Tyson Fury-Deontay Wilder bout in Vegas. And, that was much of the same as Helenius battered Kownacki, knocking him down again and stopping him, again, in the 6th round this time.

Hear us preview Kownacki’s latest bout on the “Big Fight Weekend Preview” by clicking play below,

So, that brings us to Saturday night and Eren Demirezen, 16-1, 12 KOs, who weighed 262 lb. on Friday. That weight is in line with what he’s weighted for each of his last five bouts.

Will the Turk, who lives and trains in Germany, do what Helenius was able to do and simply out-slug and overwhelm Kownacki? And despite Kownacki having lived in the New York/New Jersey area since his teenage years and there being a large Polish population in those areas, will Eren Demirezen spoil all of it at Barclays Center?

The talking and weight checks are over.