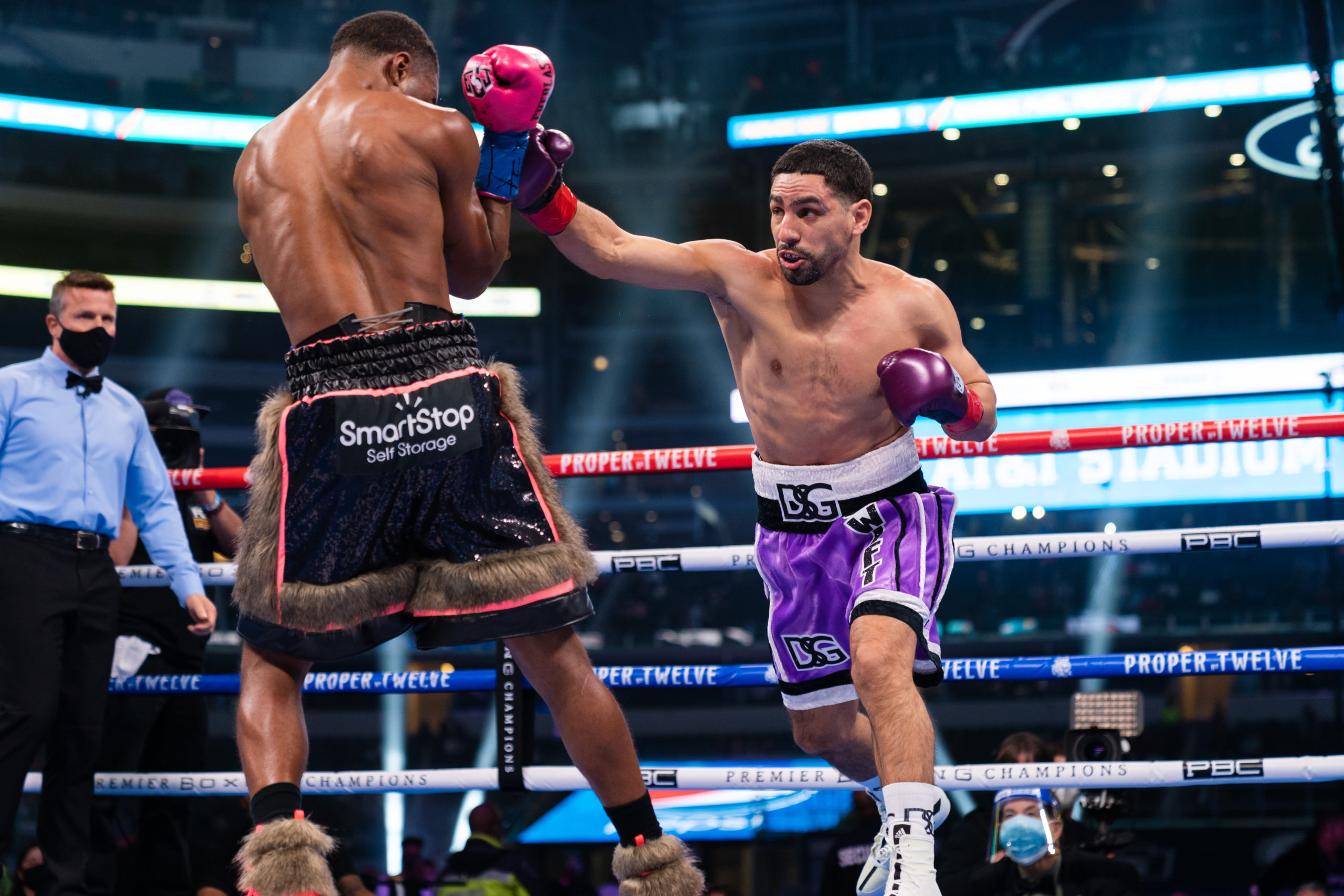 Garcia, a former welterweight and junior welterweight titlist, will end a career-long layoff and move up to junior middleweight and face Benavidez Jr. in a 12-rounder that will headline a tripleheader on July 30 (Showtime, 9 p.m. ET) at Barclays Center in Brooklyn, New York.

Garcia (36-3, 21 KOs), 34, of Philadelphia, who will fight at Barclays Center for the ninth time, has been idle since a decision loss to unified welterweight titlist Errol Spence Jr. in December 2020.

“I’m back like I never left,” Garcia said. “I can’t wait to return to the ring in front of the fans at Barclays Center in Brooklyn, who have always supported me, and for all my fans across the country watching on Showtime. The ‘Danny Garcia Show’ returns July 30.”

Benavidez (27-1-1, 18 KOs), 30, of Phoenix, who is the older brother of interim super middleweight titlist David Benavidez, is 0-1-1 in his last two bouts in a career marred by a serious leg injury from a gunshot wound. In 2018, Terence Crawford knocked him out in a welterweight title fight. Benavidez didn’t fight again until a majority draw with Francisco Emanuel Torres in November.

“This is a Mexico versus Puerto Rico matchup and both of us have something to prove,” Benavidez said. “It’s going to be a great fight for the fans. I feel strong and I know I will end this one on fight night. I’m bigger and stronger than he is and come July 30, he will see the difference in power between us”

There are also two 10-rounders scheduled for the telecast.

Seemingly on his way to a title shot, Kownacki saw his career crater in 2020 and 2021 with back-to-back knockout losses to Robert Helenius in his last two fights.

“I’m very excited to be back in the ring, especially back home in Brooklyn at Barclays Center,” said Kownacki, who will be fighting there for the 11th time. “I’m ready to show the world that Robert Helenius just caught me at a complicated time in my life, where juggling being a new father and a fighter was a new experience and learning how to manage both was something I needed to learn how to do. For this fight, my family went away to Poland while I’m in camp so I could only focus on boxing. It was a difficult decision to make, but the right one. … I need to beat (Demirezen) to be back in the heavyweight mix.”

Since a lopsided decision loss to Efe Ajagba in July 2019, Demirezen has won five in a row, including an eighth-round knockout of former title challenger Gerald Washington on Jan. 1.

“After my big win in Miami (against Washington), I’m very confident I’m going to give everyone a great fight in Brooklyn,” Demirezen said “I’m ready for anything Adam Kownacki brings to the ring and I want to make a big statement with a win over him.”

Russell, a 2016 U.S. Olympian, is coming off his biggest win, a 10th-round knockout of former junior welterweight titlist Viktor Postol in February and will be fighting soon after the recent death of his father and trainer, Gary Russell Sr.

Since a draw with former lightweight titlist Robert Easter Jr. in 2019, Barthelemy has won both of his fights, a unanimous decision over All Rivera in January 2021 before stopping Gustavo David Vittori in the second round in November.

“He’s knocked out every opponent he’s faced, but he’s going to find out real quick that I’m on another level,” Barthelemy said of Russell. “I’m more determined than ever to take this young kid to school. Don’t be surprised if I take him out.”