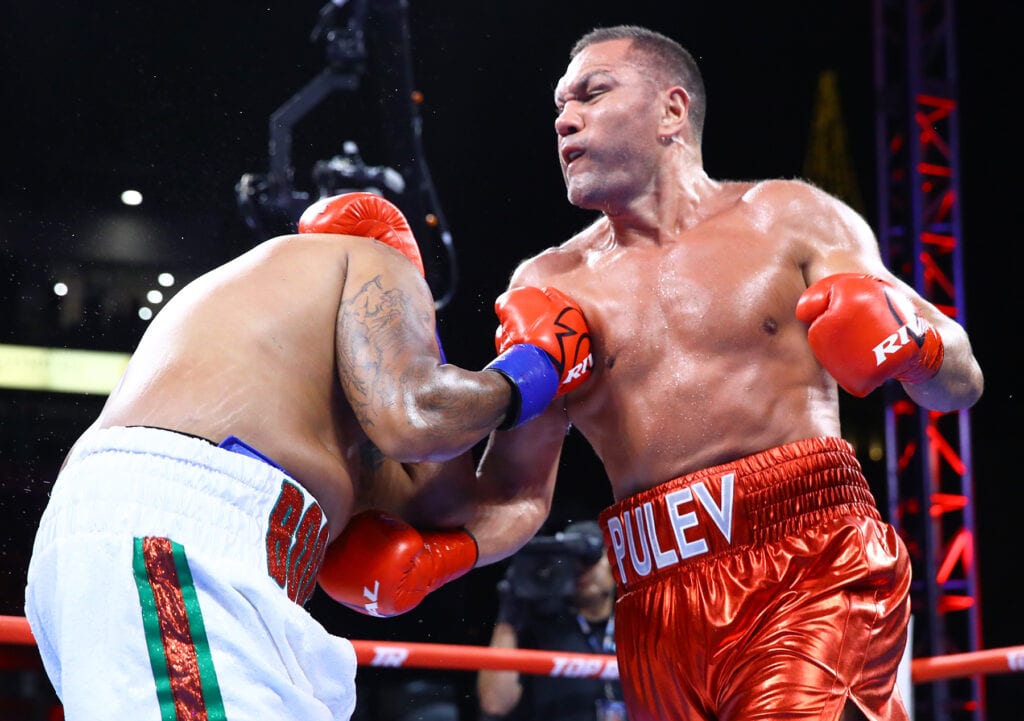 Pulev wins over Booker in a snoozer

It was win, as the No. 1 and current IBF mandatory challenger, Kubrat Pulev, did just that in the co-main event Saturday night in Fresno, California shown on the streaming service ESPN+ against Rydell Booker.

The 10 round affair which led up to Jamel Herring defending his WBO title against Lamont Roach saw Pulev fresh off a suspension for kissing a female reporter back in March plod and box his way against Booker.

Booker, who didn’t provide much in terms of action or offense, was also blasted on the broadcast by analyst Tim Bradley throughout the match. Bradley spent the majority of this ten-round contest questioning the shape and conditioning of Booker and dropped the jewel “Lose weight! Look good, feel good,” earlier on.

Tim Bradley: "Why isn't Pulev going to the body?"
Andre Ward: "Man, I gave up on that about two rounds ago."

Pulev was satisfied after the fight with the effort, which saw him win by unanimous decision with scores of 99-91 and two others by 98-92 in what became a sparring session for him against Booker.

“It’s been eight months from my last fight. I think my opponent was not bad,” Pulev said. “I respect him. It was a very nice fight.

“I controlled the whole fight, and I was the much better boxer,” emphasizes Pulev after the one-sided contest. “I showed everyone I’m at the world level, and I must fight the winner of Joshua and Ruiz.”

While many are eye-rolling at those statements uttered above by Pulev, at the end of this, he’s still the No. 1 contender by the IBF. He will be mandatory for someone whenever it is Anthony Joshua or Andy Ruiz on December 7th.

The ESPN+ broadcast was critical of the performance of Pulev, saying that the winner of that fight “will be looking for an opponent like this.” Thus, hinting that Pulev would be favorable opposition for the winner of that December contest.

And, after this effort in Fresno, you’d be odd to think otherwise, as well.