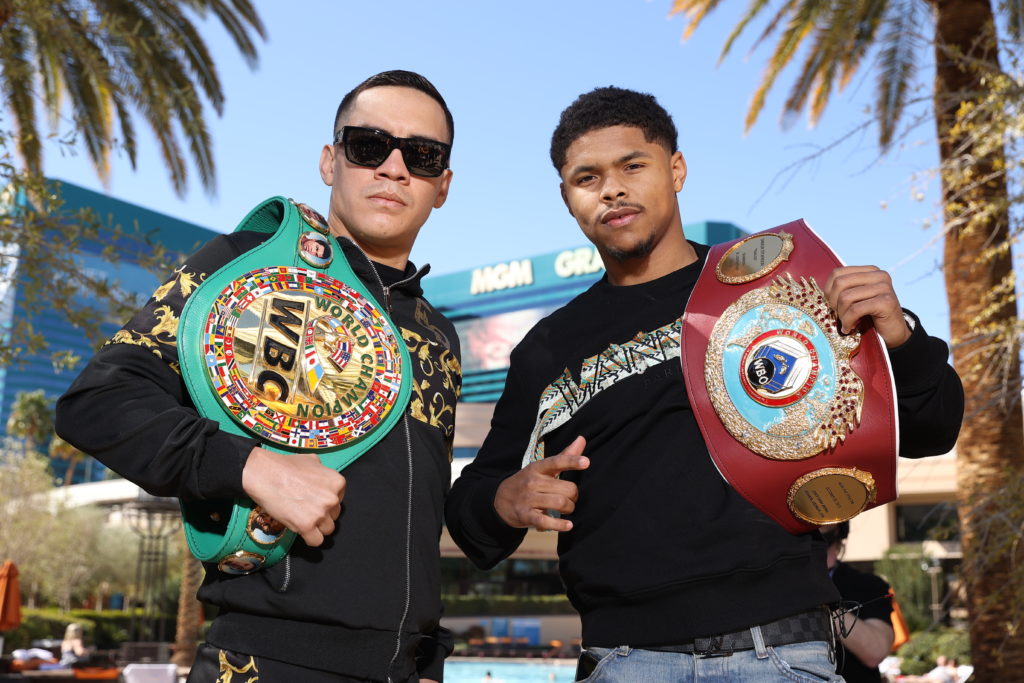 As junior lightweight titleholders Oscar Valdez and Shakur Stevenson, the two best 130-pounders in the world, prepare to meet in a unification fight that will also be for the vacant Ring magazine title, they have gone through their training camps with assistance from a pair of modern greats.

Valdez, who holds the WBC title, has been in camp in San Diego with trainer Eddy Reynoso training alongside pound-for-pound king and undisputed super middleweight champion Canelo Alvarez, who challenges Dmitry Bivol for his light heavyweight title next week.

WBO titlist Stevenson, who has been training with Kay Koroma in Colorado Springs, Colorado, has had big brother figure and welterweight titlist Terence Crawford on hand to also help him get ready.

Valdez and Stevenson both say the wisdom, advice and gym work with their mentors has been invaluable as they get ready to square off in one of the most significant fights of the year on Saturday (ESPN/ESPN Deportes/ESPN+, 10 p.m. ET) at the MGM Grand Garden Arena in Las Vegas.

“Working alongside Canelo is amazing,” Valdez said. “Even when he’s training for his own fight, he’ll stop the sparring and step in the ring and teach me certain things because he has more experience than of us. He has fought the best in his prime and obviously he has more experience, and there’s a couple of things he knows that can benefit me in the fight.

“So, it’s definitely helped me a lot training beside Canelo and with Eddy Reynoso. We all just feed off each other. The dream is to become one of the best in history and we all just feed off each other We all share the same dream. I want to accomplish everything that (Alvarez) has accomplished. I want to one day be the unified, the undisputed champion and then go up more divisions. That’s something I’ve always dreamed of since I was a little kid. I have this fighter in front of me like Canelo Alvarez who has already done that.”

Stevenson said working with Crawford, who has won world titles in three divisions and ranks right behind Alvarez on most pound-for-pound lists, has been a huge asset to his preparation.

“Just to know that I can hold my own with one of the best fighters on the planet is a blessing and it definitely boosts my confidence to a higher level because fighters like Oscar Valdez, people my weight and my size, they’re not on a level of Terence Crawford,” Stevenson said. “So, I definitely gain a lot of confidence from it. I feel good about it.”