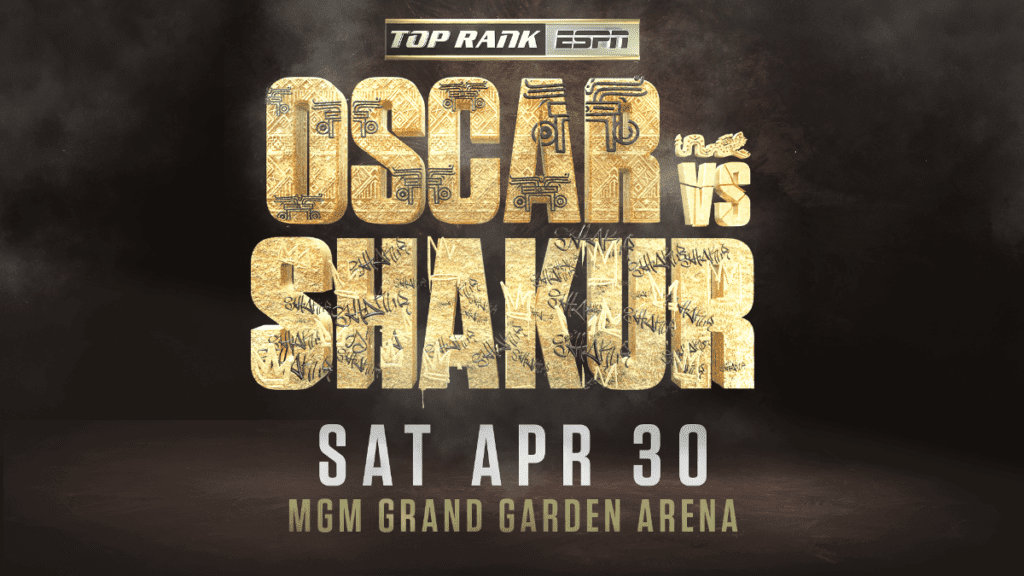 Stevenson and Valdez are vying to become the first unified junior lightweight champion since Mexican legend Marco Antonio Barrera in 2005.

Stevenson-Valdez, along with additional to be announced fight action, will be televised live on ESPN & ESPN Deportes (simulcast on ESPN+) at 10 p.m. ET/7 p.m. PT.

“Oscar Valdez and Shakur Stevenson are the world’s best junior lightweights. The fans and the fighters demanded this matchup, and we are proud to deliver it live on ESPN for no extra charge,” said Top Rank chairman Bob Arum. “The winner becomes a superstar, and I know both men will rise to challenge.”

Valdez (30-0, 23 KOs), the fighting pride of Nogales, Mexico, is closing in on an undefeated decade as a pro after Olympic appearances in 2008 and 2012. He is 9-0 in world title fights and has solidified his standing as one of Mexico’s consummate ring warriors. His 2017 featherweight title defenses against Miguel Marriaga and Genesis Servania were Fight of the Year contenders.

In March 2018, he defeated an over-the-weight Scott Quigg despite fighting with a broken jaw for seven rounds. Valdez is 4-0 since moving up to junior lightweight, winning the WBC title with the 2021 Knockout of the Year over Miguel Berchelt. Last September, he made his first defense of that title, coming on strong in the later rounds to edge Robson Conceição by unanimous decision.

“I want to make it clear that I am the best 130-pound fighter in the world,” Valdez said. “We know Shakur Stevenson is very good at fighting, but he’s even better at social media. I’ll let my fists speak for themselves.”

As the toast of the U.S. amateur boxing scene, Stevenson was pegged for superstardom ever since making his pro debut in April 2017. Through 17 pro bouts, he’s flashed a defensive riddle that has thus far been impossible for opponents to solve.

Stevenson said, “I have been chasing this fight for nearly three years since we were both at featherweight. On April 30, I’m going to show him and the world why he ducked me all this time. I’m the best young fighter in the world, and I will become unified champion.”

Following up the win over the veteran Herring, this will be another huge step up in opponent for Stevenson, who’s clearly one of the top marketable fighters in Arum’s stable.

Valdez does have the drug controversy of having failed a pre-fight PED drug test before the Conceicao fight last fall. Yet, he was not only allowed to stay on and fight the Brazilian, but also keep his WBC title, too.

That controversy will continue to follow Valdez for awhile and will be part of the story line for the Stevenson matchup.