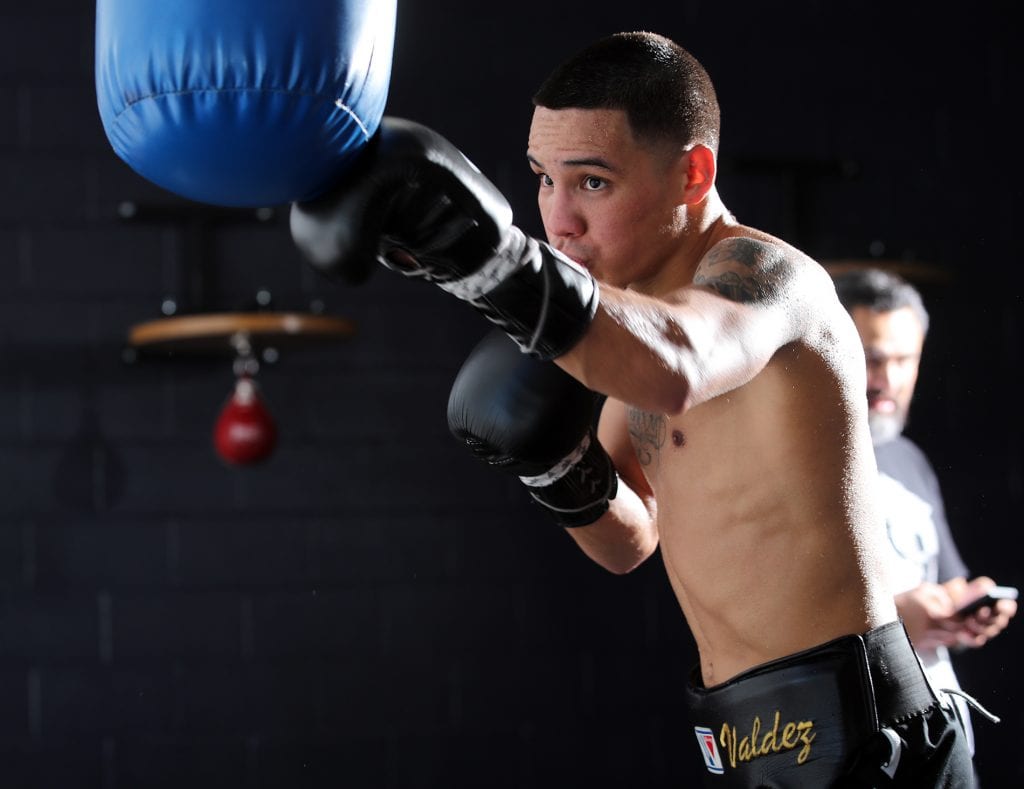 The one reoccurring theme as of late for WBO Featherweight contender Shakur Stevenson is that no one wants to step into the ring with him.

As of Friday, you can add the WBO titleholder Oscar Valdez at featherweight to that list as he made it known that he would vacate the title.

“It’s time! I’ve always wanted to become a multi-division champion,” Valdez said in a statement to BoxingScene.com. “I think I would feel more comfortable at that weight too. 126-pounds is getting harder to make after seven years as a featherweight, so I think moving to 130 pounds would make more sense.”

Valdez to his credit has been saying he wanted to move up in weight since his victory over Jason Sanchez in Reno back in June. However, his manager Frank Espinoza felt that Stevenson wasn’t a big enough name when the WBO made him mandatory challenger back in July.

Valdez has been at featherweight for his whole career. Defended his title 6 times successfully. It's no longer easy make the weight but will for Warrington or Frampton. He feels he deserves those names

One of those big names that will likely happen with Valdez moving up to 130 is WBC super featherweight titleholder Miguel Berchelt. Carl Moretti, Top Rank VP of Boxing Operations hinted as much to Boxingscene.com Friday.

“We expect Oscar Valdez to move up in weight, as rumored, and see what big fight can be made at 130 [pounds],” Moretti, said in an interview to BoxingScene.com. “We plan on offering Oscar a fight against Miguel Berchelt.”

It’ll be interesting if Berchelt stays at 130 to fight Valdez instead of moving up in weight himself. He has stated before he would move up to 135 and had no interest in a recent unification bout with WBO champ Jamel Herring currently at 130.

One thing for certain is that Valdez is looking forward to taking on the biggest names in 130.

“We’re definitely interested in jumping in against the biggest names available in that weight class. We’re ready to go up against champions Miguel Berchelt, Jamel Herring and Tevin Farmer,” said Valdez to Boxingscene.

“I’m a fighter, and my job is to fight. I’ll fight whoever Frank puts in front of me. I want a second world title and god willing there will also be a third world title in my future.”