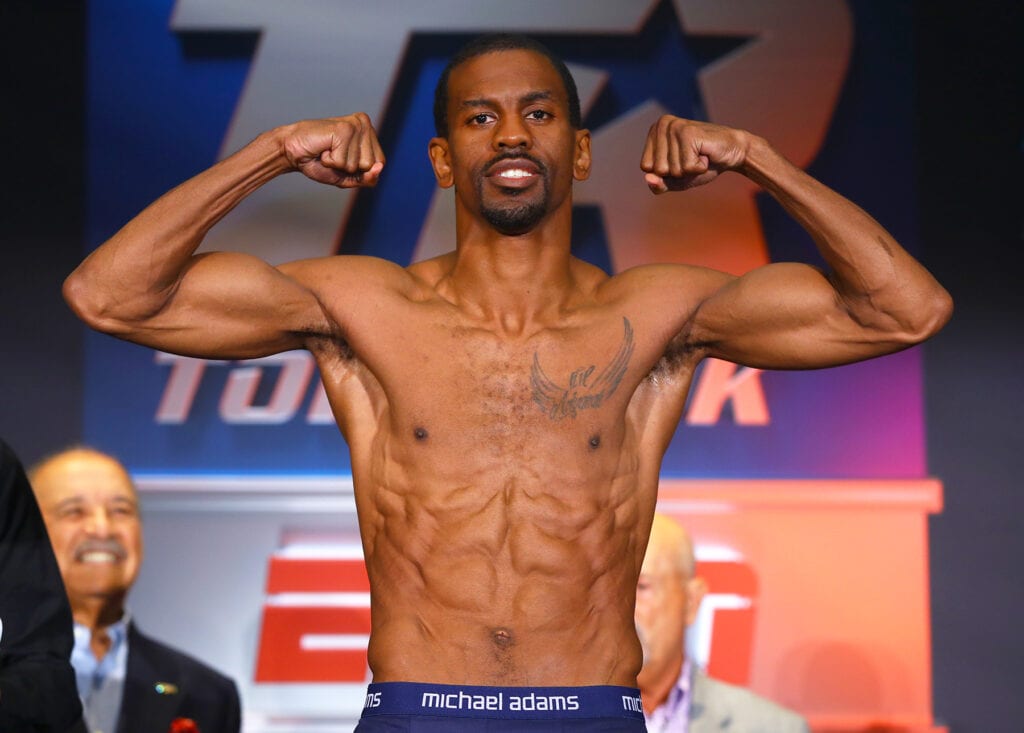 Herring weighs in on Berchelt

WBO Jr. Lightweight Champion Jamel Herring was initially looking forward to a contest with WBC titleholder Miguel Berchelt to unify belts, but in recent times, that isn’t going to happen.

“Semper Fi” was a recent guest on “The Ring Walk Podcast” and explained to host Jonathan Leir his problem with Miguel Berchelt, the WBC titleholder at 130.

Herring in the interview mentioned that originally Berchelt was all for the notion of a unification bout until he had won the title from Masayuki Ito. That’s when he feels he changed his tune.

“It doesn’t take a rocket scientist to see that as well,” Herring said in the interview in response to Berchelt avoiding him for a unification bout.

“In today’s era, where everything is put out there, especially with social media, you really can’t fool the fans that tune into the sport. I just thought even at the time up until the fight (with Ito), there’s been chatter between his camp and Ito’s camp already talking about a unification that was scheduled to be next after I fought Ito. But when I basically ruined those plans, it seems like his team (Berchelt ) had a totally change of heart.”

His Berchelt beef- talks Davis, Farmer, Cancio and the 130s! #DillianWhyte -what he took & why. How many fighters are on VADA 365? A must listen on PEDs?

Berchelt was quoted after stopping Vargas in May in Tuscon, that he wanted the winner of Ito-Herring which turned out to be Herring but has since changed vibes since then.

“I was never offered that fight. I just think he likes to talk a lot,” Berchelt replied in an interview with Boxingscene.com last week.
“He should worry about building up his name, and if he is able to keep his title then down the road we can unify when the fight will be a lot bigger because right now it isn’t worth much,” Berchelt told BoxingScene.com.

While Berchelt sounds like he is waiting out Herring’s title reign to end, Herring himself is taking on mandatory challenger Lamont Roach on November 9th. The location narrowed down to Long Island, New York or San Diego, California.