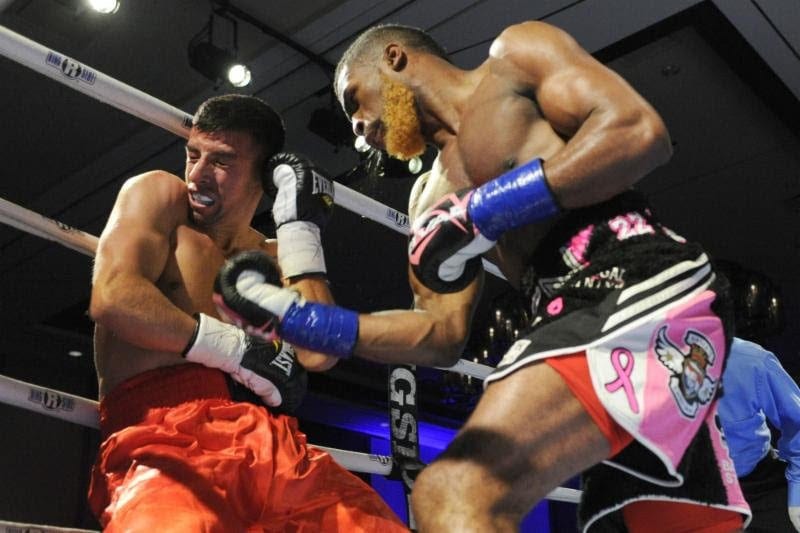 Nova and O’Sullivan back in action in August

O’Sullivan will take on hard-hitting Argentinian veteran, Diego Marocchi (18-4-1, 14 KOs) in an eight-round contest that promises action between two fighters that don’t know how to take a step back.

‘Spike’, the handlebar mustached fighter from Cork, Ireland, has a massive following in Boston having fought over 10 times in the New England area, including his last fight this past St. Patrick’s Day when he stopped Khiary Gray in a bloody slugfest.

In the co-headliner, one of the hottest fighters in the super featherweight division, Murphys Boxing’s own, Abraham Nova will take on famed Mexican veteran, Miguel Beltran Jr. (33-7, 22 KOs) for Nova’s NABA Super Featherweight Championship in a 10 round bout. Nova in his last time out was dominant in stopping Mario Ezequiel Sayal Lozano in two rounds back in May on the Murphys Boxing 2nd Anniversary show.

Nova, the flashy young fighter known for his bleached blonde beard and elaborate ring entrances is currently ranked #7 in the world by the WBA and is closing in on a world title shot in the red hot division that features popular champions like Gervonta Davis, Tevin Farmer, and Andrew Cancio.

The co-main event will see Murphys Boxing’s own Ecuadoran Olympian, Carlos Gongora (16-0, 12 KOs) in his toughest test yet in a 10 round middleweight bout against ‘The Mexican Windmill’, Alan Zavala (15-4, 13 KOs) that will see the winner move into bona fide prospect status.

“It’s so exciting to be coming right back to Encore and on UFC Fight Pass with our big guns like Spike, Nova and Gongora all on the same card while the excitement is still in the air.”

“We were thrilled to see such success with our inaugural Murphys Boxing event,” says Robert DeSalvio, President of Encore Boston Harbor to the media.

“We are so happy to bring these Las Vegas-style events to the Boston area and we’re glad to see the community responding so well. We plan to continue offering these can’t miss nights.”

The undercard will feature a plethora of Boston area-based fighters including:

Mansfield, Massachusetts’ James Perella (4-0, 3 KOs), who fought on the debut Encore Boston Harbor event this month. The amateur standout will return in a 4 round welterweight bout against an opponent to be named and it will be the young fighter’s 5th bout in just five months as a professional.