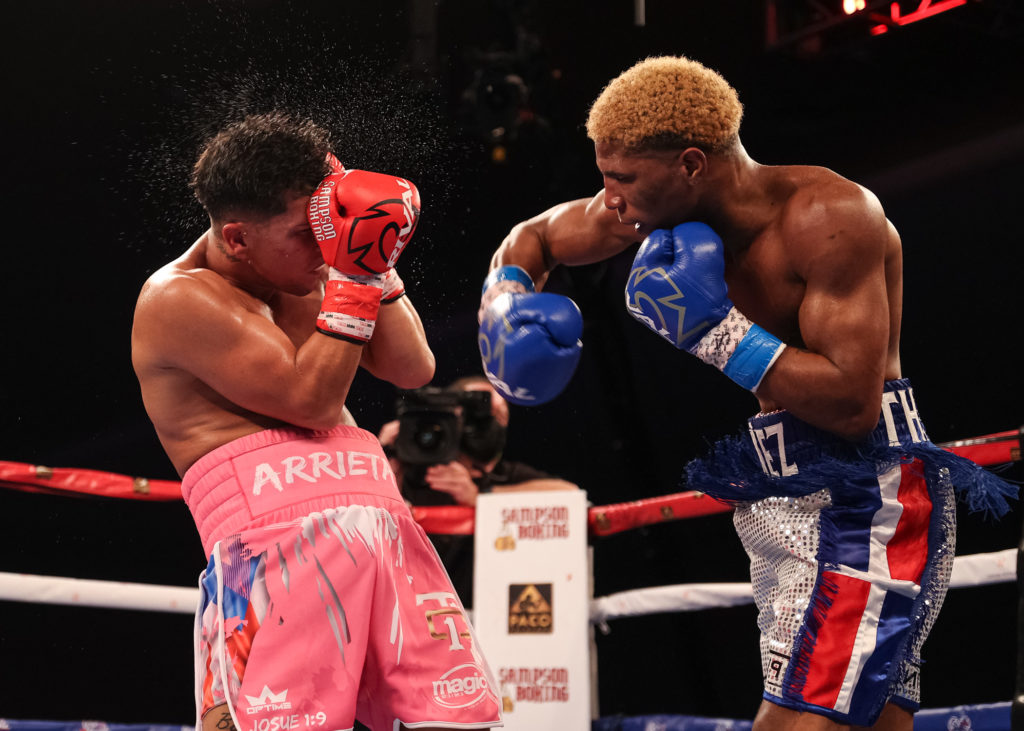 Luis “The Twist” Nuñez looked impressive in his second consecutive ShoBox: The New Generation outing registering a 10th round technical knockout against a game Carlos Arrieta in the Super Featherweight main event of an action-packed tripleheader featuring six undefeated fighters on Showtime Friday night at the Caribe Royale Resort.

The Dominican Republic’s Nuñez (16-0, 12 KOs) worked the body effectively all night against Puerto Rico’s Arrieta (14-1, 8 KOs), finally landing a staggering straight right hand that stunned Arrieta in the middle of the final round. Nuñez, 22, then finished off Arrieta with a flurry of punches that ultimately led to the stoppage at 1:41 of the 10th round on a night that saw three undefeated records fall on the popular ShoBox prospect series.

“The plan was to work the body and to break him down and that’s what we did,” Nunez said. “I saw the right hand was landing and I kept throwing it and trying to set him up for it and attacking until we got what we wanted in the final round. It was a great shot and great win for my career. It’s the way I wanted to close the fight.”

Nuñez landed 38 percent of his power punches and out-landed Arrieta 142-131 in total punches on the night.

Arrieta’s loss was the 206th time in ShoBox’s 21-year history that a fighter lost his undefeated record and the Nuñez-Arrieta matchup was the 144th ShoBox fight between undefeated fighters.

“I thought it was a quick stoppage,” Arrieta said. “I was a little stunned, but I could have continued. I didn’t want the fight to be stopped. He was a strong fighter, a true warrior. He’s a very good fighter and was very effective with the right hand.”

Nuñez said he is ready to go back down to 126 pounds after contesting his first professional fight in the 130-pound super featherweight division. “I fought for most of my career at 122 so 126 is where I belong,” he said. “I felt strong at this weight [super featherweight] but 126 is the weight for me.”

Johnson Out, Geffrard In To Face Joe Smith Jr
Report- Jermell Charlo-Brian Castano Rematch On For March
Advertisement
To Top