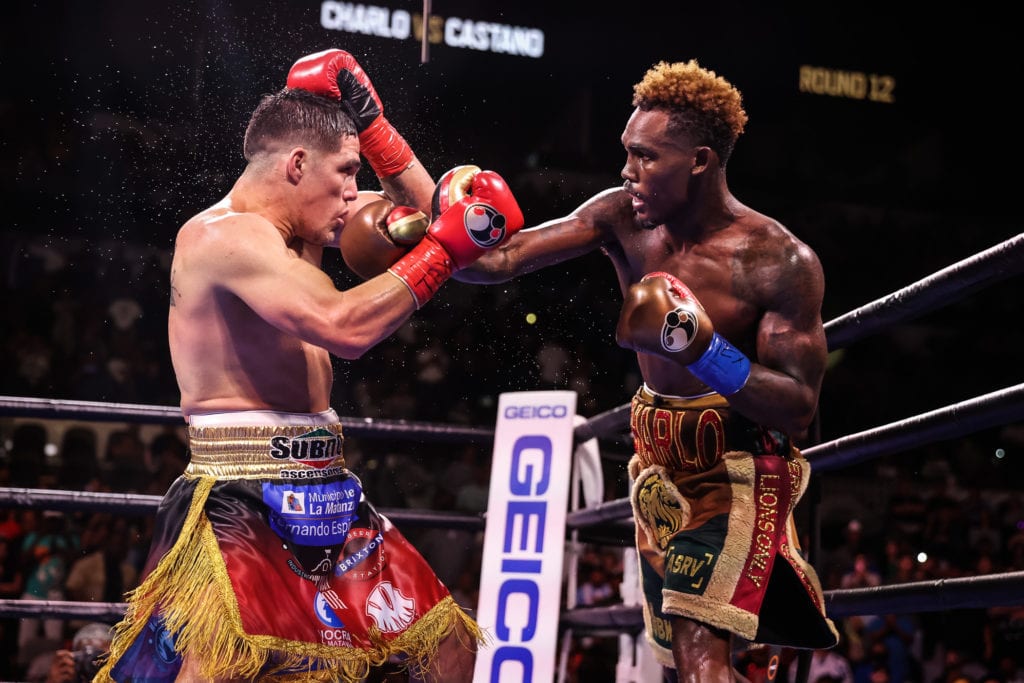 It looks like the Undisputed Jr. Middleweight World Title rematch between Jermell Charlo and Brian Castano will be happening, just later than expected.

Boxingscene.com’s Keith Idec was the first to report the new dates being discussed for the 154 lb. PPV showdown that will apparently land in Charlo’s home of Houston, TX.

Been told the Jermell Charlo-Brian Castano rematch will take place either March 12th or March 19th at Toyota Center in Houston. It was penciled in for February 26th at Toyota Center. Showtime will televise it.

It had been hoped that Charlo-Castano II was going to be held earlier in February where Premier Boxing Champions with Showtime and Fox Sports had several weekends of options  This after the two fought a controversial draw in their first bout last Summer. A fight that many believed that Castano deserved to win.

As we wrote in July, the fight was close, but marred by one un-defendable scorecard that had Charlo winning a phantom 9 of the 12 rounds. This, when Castano, now 17-0-2, clearly pressed the action early, scored the more important punches and Charlo, now 34-1-1, chose to hang on the ropes getting outfought through the first nine rounds.

Now, in the tenth the tide turned and Charlo had his best round of the whole fight. He repeatedly rocked Castano with straight right hands and lefts to the body. However, he couldn’t put Castano on the canvas.

Castano certainly gained some serious respect by fighting well against the toughest opponent of his career and could take that performance into another publicized battle with Australia’s unbeaten star Tim Tszyu, who is ranked #1 by the WBO.

However, Tszyu has been reluctant to fight out of his native continent, currently and Charlo nor Castano has seriously entertained coming there.

So, that enabled the WBO to clear the way last November for Charlo-Castano II, when they ruled that Tszyu step aside from their mandatory title status, but allow him to potentially fight the Undisputed rematch winner.

The first bout between the two took place in nearby San Antonio, TX, but the Charlo with his twin brother and WBC World Middleweight champ Jermall Charlo, have a strong following in Houston.

So, it makes sense the bout will land there.