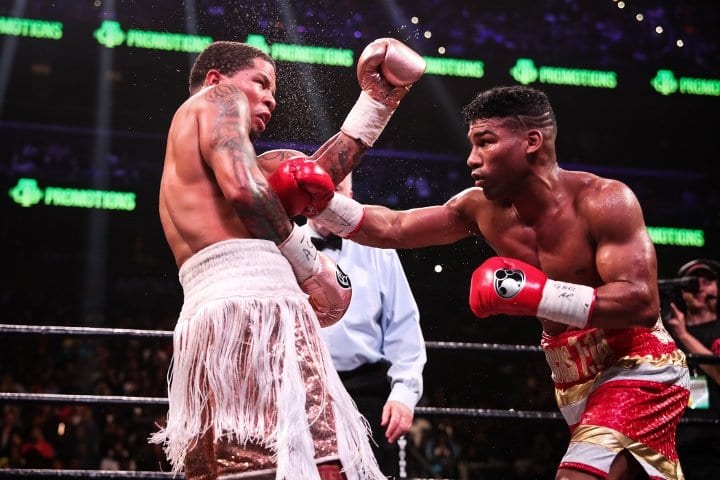 Gamboa will rehab injury, out up to 3 months

Yuriorkis Gamboa was on the wrong end of a twelve round contest with Gervonta Davis last Saturday night in Atlanta.  What had also came out since then is that Gamboa from the second round was fighting on despite suffering a ruptured Achilles tendon.

The 38-year-old former titlist in a report by George Ebro, Gamboa was medically evaluated and will not require surgery to repair his existing injury.

“Early in the second round, I felt like I had been punched in the foot. If you look at the video you will see that I make a gesture backwards, because I thought I had hit something. It was something I really didn’t expect,” Gamboa told George Ebro.

“Basically, I can’t support [the foot]. I have a hole in my foot, a sunken part that annoys me, but as a warrior I tried to last, I tried to keep it at a distance with the jab, but I had no strength to support my right leg and to be able to unload my power hand

Just to set the record straight…..I knew I had snapped my tendon in the 2d round but I instructed my corner to tape my ankle so I can continue. I refused to quit and wanted to keep fighting through my injury. My corner followed my wishes. Heart of ??????

Speaking about the toughness of Gamboa, Mayweather Promotions CEO Leonard Ellerbe praised his toughness while fighting through the injury.

“My respect for Gamboa, because he proved to be a true warrior,” Ellerbe said to me and to el Nuevo Hearld after the fight. “All Cubans, all the people of Miami should be proud to have such a boxer, who doesn’t give up, who demanded a lot from a young champion like Gervonta Davis.”

In an update to his injury, Gamboa has already begun an aggressive rehabilitation plan that could take up to three months before returning to training to continue his career at 135 pounds.

“Thank you so much to my fans who supported me for this fight against Davis. Unfortunately I tore the Achilles tendon in the second round, but I still stayed in there to fight and win the fight,” stated Gamboa. “Now to recover and move on.”