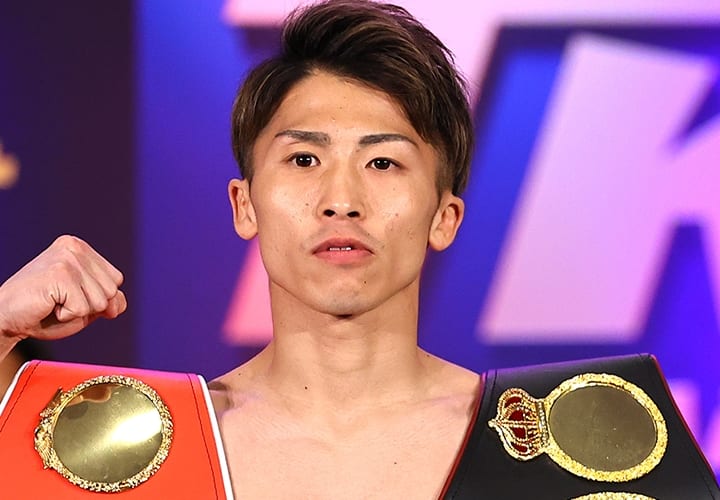 On the night in which Naoya “the Monster” Inoue scored another huge championship win to add to his boxing resume’, the Japanese star apparently suffered a loss outside of the ring at his home. This after reports on Wednesday night in Japan that Inoue’s home was burglarized during his unified bantamweight rematch showdown with Nonito Donaire that ended with the monster scoring an emphatic second round knockout.

Japanese news outlet TBS reported Wednesday evening that thieves had broken into Inoue’s home which is in Kanagawa, Japan. That’s about 60 kilometers southwest of Saitama, where the WBA/IBF/WBC 118 lb. main event took place with Donaire.

The network further reported the two burglars were seen by witnesses Tuesday night fleeing in Inoue’s residence in a white vehicle. Authorities in the Kangawa Ward would not say much on the record Wednesday other than they were investigating the crime at the home. However, an anonymous police source told the network that Inoue had several luxury bags of items and some jewelry taken from his residence.

Inoue made reference on Twitter Wednesday to something bad happening without directly confirming that it was a burglary or crime,

The tweet translates to: “I saw the news, but on a happy day, it’s a bad story, isn’t it?
Everyone should be careful! !!”

Despite the bad news, the 29 year old star has every reason to be upbeat. This, after he destroyed Donaire in less than five minutes of action in the rematch of their action packed, wild decision that the monster won in December 2019.

Inoue, now 23-0, 20 KOs, wasted no time jumping on a 39 year-old WBC champ Donaire and landing hard combinations in the first round. Then, in the final 30 seconds of round one he dropped the Filipino champion with a solid right hand of the jaw that clearly stunned him. Donaire beat the count and the bell for the end of the first round saved him.

However, as it turns out that only delayed the inevitable, which came quickly in the second round. That’s when “the monster” sped up his attack and continued to land hard straight right hands and a left hooks that staggered Donaire, again.

Finally another thunderous right-left, one-two combo to the jaw dropped Donaire onto his back and he barely staggered up before the count of ten. Referee Michael Griffin waved the fight off at 1:24 of round two giving Inoue, 23-0, 20 KOs, a statement knockout win. And, it has now positioned him to become Undisputed Bantamweight world champion in the near future.

The final belt belongs to new WBO bantamweight title holder Paul Butler of England and it’s believed that an Inoue-Butler matchup could happen late in 2022.

Danny Garcia-Jose Benavidez Jr Tops Showtime Tripleheader
Trainer Derrick James on “Fight Freaks Unite” Podcast
Advertisement
To Top
We use cookies to ensure that we give you the best experience on our website. If you continue to use this site we will assume that you are happy with it.OkNoPrivacy policy