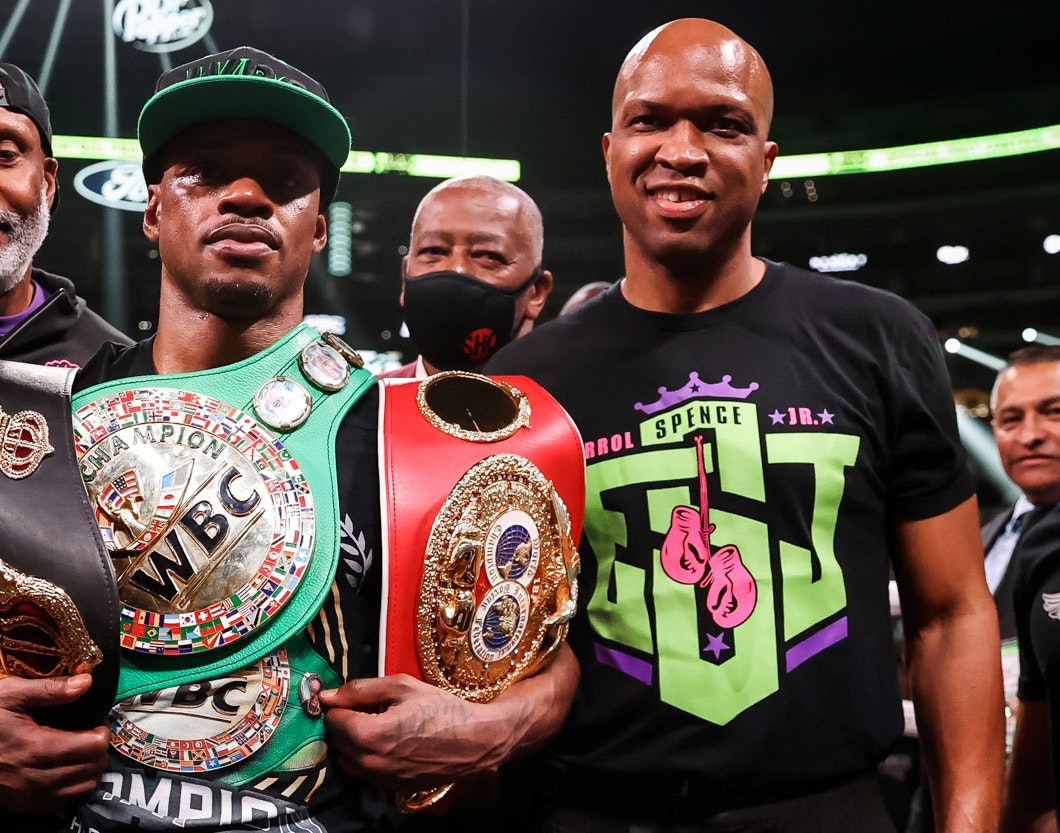 Trainer Derrick James has been one of the best in boxing for the past several years. He is the only trainer who currently trains two unified world champions, undisputed junior middleweight champion Jermell Charlo and three-belt unified welterweight titlist Errol Spence Jr.

Derrick and I discussed both fights, with his thought on both of their performances, and what might be up next for each on a new edition of the “Fight Freaks Unite Podcast.” You can hear our conversation in its entirety by clicking play below,

“I think that no matter, regardless of what kind of performance they put on, there’s always something that they can do better. Even though they were good at something? We can do it better,” James said on idea of improving, even when you’ve won numerous championship fights.

We talked about the prospect of Spence against Terence Crawford for the undisputed welterweight title, a fight that is being negotiated, as well as possible Charlo fights against mandatory challengers Tim Tszyu (WBO) or Sebastian Fundora (WBC) perhaps later this year.

We also talked about the lack of a “trainer of the year award” on his resume and his work with the outstanding lightweight up-and-comer Frank Martin and more.

It’s a fascinating look from James into the preparation and work put in, prior to championship performances, that you’ll find interesting on “Fight Freaks Unite.”