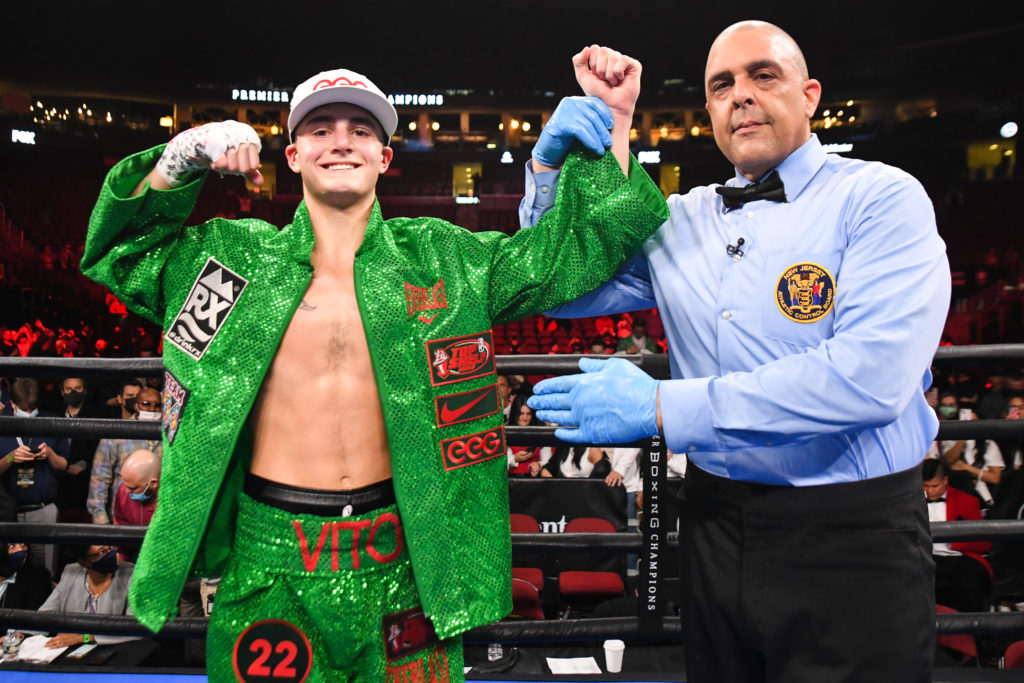 The television numbers are in from last Christmas, and Vito Mielnicki Jr. and Nicholas DeLomba are now sitting in the record books not only in Boxrec but now thanks to Nielsen Media Research.

Jake Donovon over at Boxingscene laid out that the Christmas night edition of PBC Fight Night on Fox averaged 2,726,000 viewers. The four-fight telecast peaked at 5,904,000 viewers following the NFL game lead-in. According to Nielsen, that number is the best figure in the series’ six-year history on the free-to-air network.

According to Paulsen at Sports Media Watch, that NFL game that saw the Green Bay Packers beat the Cleveland Browns as the lead had 28.59 million viewers. The bigger picture this past Christmas made it the most-watched sporting event in the past 20 years. Boxing got to get a piece of that action as those who didn’t touch the dial.

Compared to last week’s main event, the broadcast viewership average was up 232% from the December 18 edition of PBC on Fox, which averaged 822,000 viewers. The main event for that show saw Cuban super middleweight David Morrell (6-0, 5KOs) stop Alantez Fox (28-3-1, 13KOs; 1NC) in the fourth round of their fight, which had averaged 1,031,000 viewers.

The December 25 show marked the first major Christmas night boxing card in the United States since 1969 and the first over-air television where people can see it on holiday. That main event, Mielnicki Jr. stopped Delomba in a hometown bout in Newark, New Jersey, in ten rounds at the Prudential Center. This bout was his fourth network appearance fight in his short career and was the first one he was the main event. After the numbers, this won’t be the last we see Melinicki closing these shows.