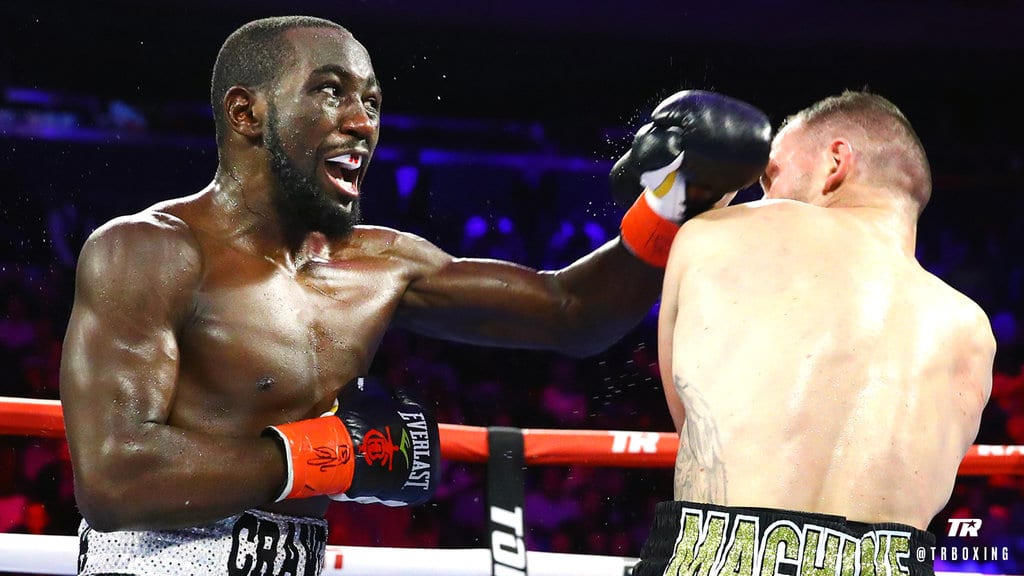 The main event in Madison Square Garden did not disappoint as welterweight champ Terence Crawford took care of business stopping Egidijus “Mean Machine” Kavaliauskas to close out the show that aired live on ESPN.

The WBO Champion Crawford was heavily going into the matchup against the mandatory challenger Kavaliauskas. Once the bell rang, we all found out why, retaining with a TKO victory in the ninth round.

Crawford (36-0-0,27 KOs) was aggressively waiting for his chance to attack Kavaliauskas (21-1-1,17 KOs), who was game for this contest and landed some hard shots early on in this fight. In the second round in what was ruled a slip, replays clearly showed that Kavaliauskas landed a right on Crawford and was held up barely before being let go by Mean Machine.

The tide of this fight changed in the fourth round when Crawford began waiting to time Kavaliauskas, and that is when the firefight started.

Weather the storm, stay on top. ?@terencecrawford comes on strong late and stops Egidijus Kavaliauskas in the ninth round at @TheGarden to remain the WBO Welterweight world champion! #AndStill #CrawfordMachine pic.twitter.com/nilFZHaipW

The seventh-round, Crawford landed a right on the ear of Kavaliauskas, which sent him down near the end of the round. Mean Machine beat the count and survived the upcoming onslaught that ended the round by Crawford.

The ninth round was a quick one, and the last one as Crawford landed an uppercut that sent Kavaliauskas down. Kavaliauskas got up from it, but one punch later by Crawford, the referee waived this one over to retain his welterweight championship.

Crawford said in an interview with Andre Ward on ESPN+ earlier in the week, “How can you be a two-time Olympian and be a bum?” speaking about Mean Machine. While Kavaliauskas was on the losing end of this fight tonight, it was a valiant effort. In the end, we all saw why Crawford is arguably pound for pound one of the best in the sport.

Speaking with Benardo Osuna of ESPN after the fight, “I’m not ducking anybody on the (Premier Boxing Champions) PBC side.” Crawford stated. “You pick ’em; I’ll fight ’em.”
We’ll see who or what is in store in the ring for Crawford in 2020 after this mandatory, but one thing for sure is: that this one was an entertaining bout.
Continue Reading
Advertisement
You may also like...
Related Topics:Egidijus "Mean Machine" Kavaliauskas, Featured, Terence Crawford, WBO welterweight

Eubank gets win as Korobov injured in bout
Advertisement
To Top
We use cookies to ensure that we give you the best experience on our website. If you continue to use this site we will assume that you are happy with it.OkPrivacy policy