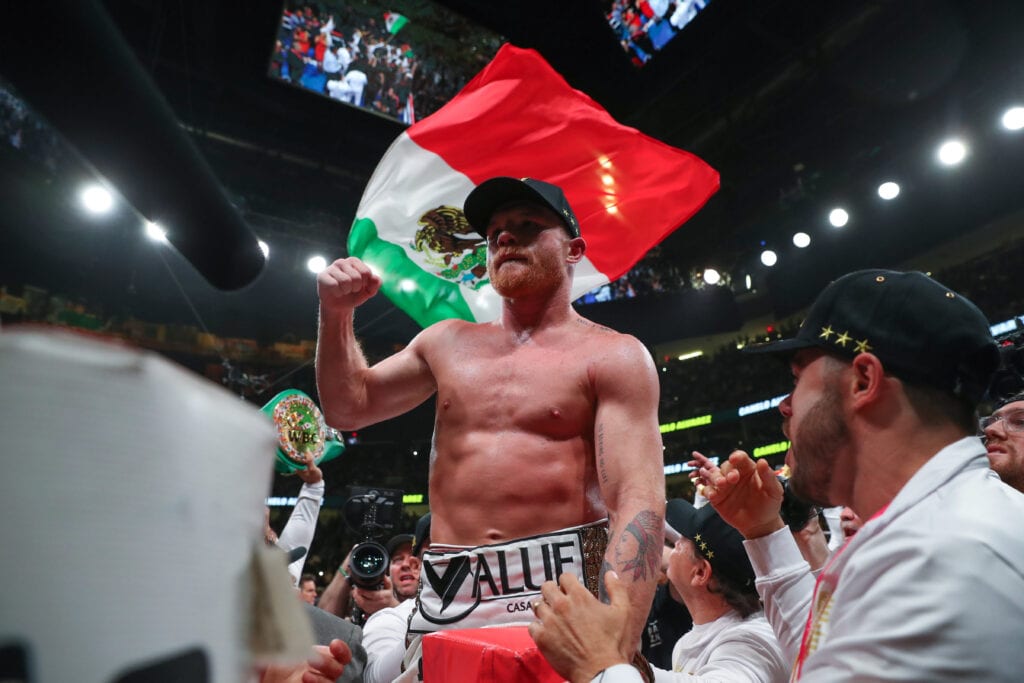 We’re now inside the 30 day window of the targeted date that Golden Boy Promotions, Matchroom Boxing and officials in Las Vegas had hoped that Canelo Alvarez would headline there. But, with only four weeks to go to September 12th, it looks almost certain that Alvarez won’t be fighting that night in the Vegas desert and worse, probably not anytime soon after that.

There still is no deal for the four division World Champion step through the ropes for the first time in 2020, despite there being multiple reports that English Unified Super Middleweight champ, Callum Smith, is the opponent that Alvarez / Golden Boy would like to fight.

A huge part of the holdup appears to be Alvarez refusing to take a significant pay cut off his $30+ million dollar per fight deal he has with the DAZN streaming service and Golden Boy.

That pay cut is because the Alvarez fight will have no fans, or at least very few while socially distanced, and that means more than $10+ million in live gate revenue is being lost.

We covered this subject this week on the Big Fight Weekend podcast with Las Vegas radio host and boxing Insider there, TC Martin. He basically told us did not expect the Canelo fight to happen in the desert not only on September 12th but at all in 2020 due to no fans:

The source further said that despite DAZN chairman John Skipper getting an assurance back in March for Alvarez to move forward and fight England’s Billy Joe Saunders in May of this year (pre Covid-19 outbreak) and then after that a mega- third fight with Gennady Golovkin late in 2020, all of that has gone by the wayside for the combined reasons above.

The source said also to us that “Canelo will not be the first fighter to take a 50% or more pay cut for his next fight” due to no fans and the economic circumstances that currently exist. The source repeated, “he’s going to let some other huge name go first and do that.”

Alvarez has fought only one time in the last 15 months and that was 11th round TKO of Sergey Kovalev last November to win the WBO Light Heavyweight title.

The hope had been he would headline for Mexican Independence Day that September weekend in Vegas and then, at least a percentage of fans, socially distanced, could attend.

Now, if he agrees to fight at all this Fall, it appears that it will only be on Pay-per-view in an empty venue from the U.S. or Mexico.

Hearn obviously would have interest in trying to lure Canelo to fight Smith in the U.K., but the same problem exists there with only minimal fans that could attend. And, Hearn is still trying to work out the World Heavyweight Unification title fight between Anthony Joshua and Kubrat Pulev with the same issues and challenges.

So, for now, it’s more of same with Canelo….not seeing him fight.