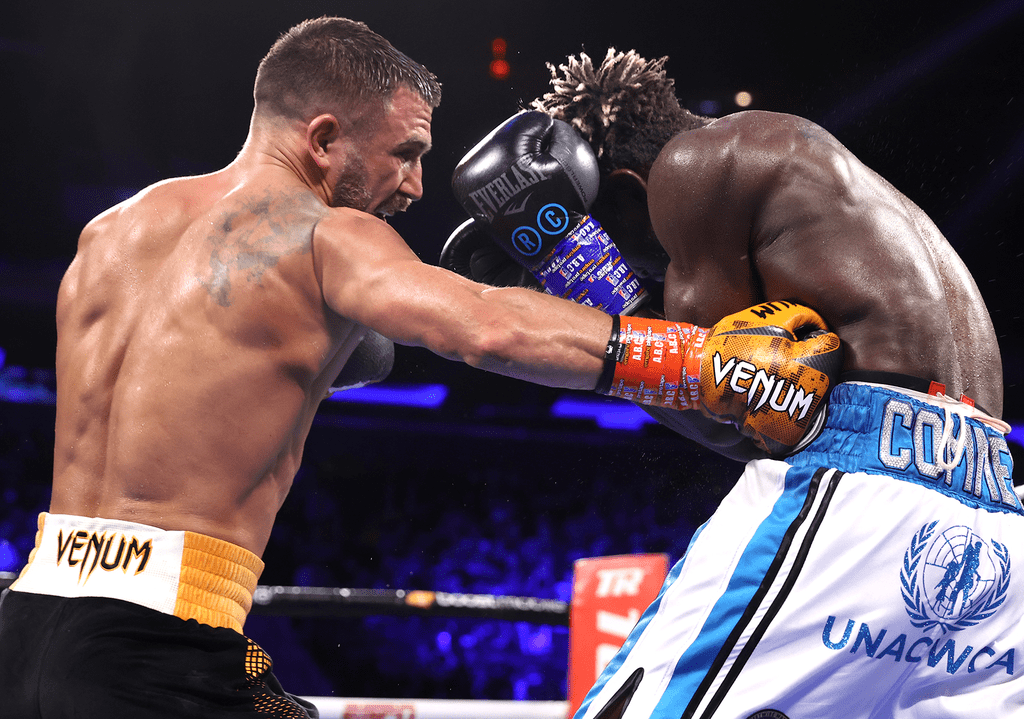 Fresh off of his latest, dominant performance to get back into world Lightweight title contention, former Undisputed 135 lb. champ Vasiliy Lomachenko made it clear that he too will go fight the new king, George Kambosos, in his native Australia.

First, as we saw on Saturday night at famed Madison Square Garden, Lomachenko had little trouble with former IBF World title holder Richard Commey by out-landing him nearly three to one in a lopsided unanimous decision.

As our Marquis Johns wrote in the aftermath, it was a “command performance from the guy known simply as “Loma” and who at one point a couple of years ago was regarded as the best smaller weight fighter on the planet.

However, a humbling, decision loss to Teofimo Lopez last October in Las Vegas has Lomachenko hungry to get his titles back.

And, that’s where Kambosos comes in as the Australian is fresh off of his upset of Lopez by unanimous decision two weekends ago. Kambosos and his representatives have made it clear that he wants to fight in Australia in the first part of 2022 and defend his titles in front of his home country fans.

And, when asked late Saturday night, Loma made it clear he would be willing to do that.

“I need this chance. And, if God gives me this chance, I’ll take it. I’ll go anywhere I need to go to fight him,” Lomachenko told ESPN’s Bernardo Osuna in the ring post-fight.

Of course, unbeaten Devin Haney holds a WBC lesser Lightweight championship and defeated JoJo Diaz in Las Vegas last Saturday night. And, the Californian  has also made it clear that he too would go to Australia to challenge Kambosos, if a deal can be made.

Still, it seems that Lomachenko is the bigger draw, plus he’s now the #1 fighter for the WBC and the WBO. And, as he’s won several more prominent world title fights at 130 lb. and then at 135 lb., he will “sell” a Kambosos challenge better.

But, it still remains on whom Kambosos actually wants to fight? And more importantly, what’s the financial offer?

Those are the key questions in the next few weeks.