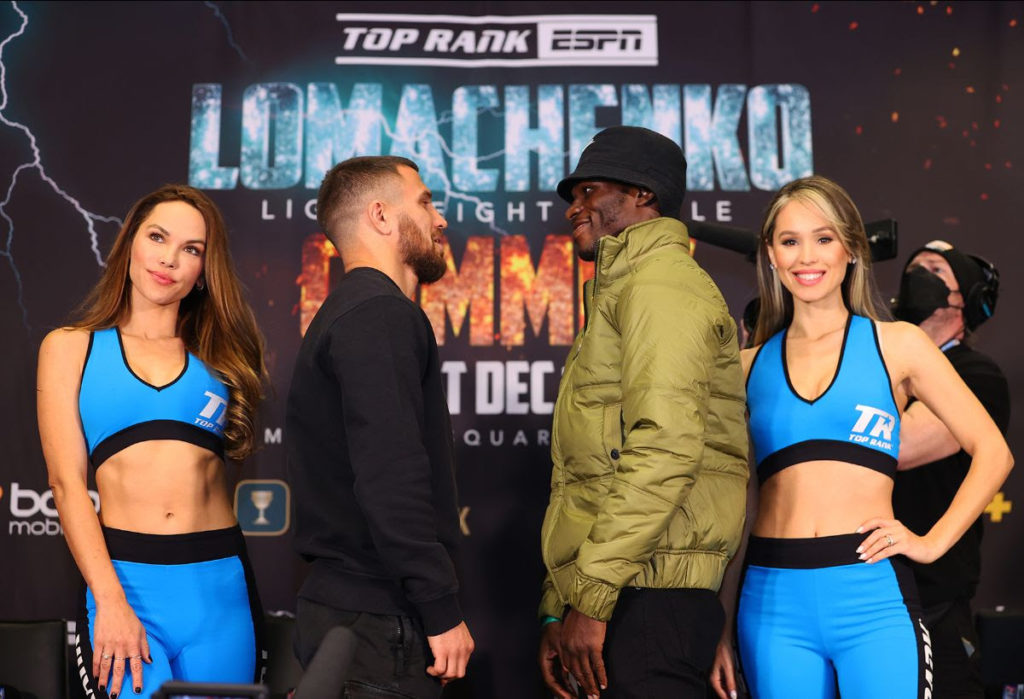 Vasiliy Lomachenko showed why he is still a force in the lightweight division as he dismantled former champ Richard Commey Saturday night to an easy decision win.

The main event coming from Madison Square Garden in New York City that aired on ESPN had a lot at stake as the winner of this bout became the WBO mandatory challenger to new undisputed champion George Kambosos Jr.

Opening the fight, you could hear the crowd at the Garden all in favor of Loma as fans started those chants before the opening bell from the 8,555 in attendance. Once the bell rang, after a feeling-out round where both men were trying to establish position, the second round began with actual punching action. That started with an attack on the body from Lomachenko.

From there, Commey was getting popped with sharp shots from Lomachenko, as he looked to move around him. At the close of the second round, Lomachecnko threw a combination that ended with a straight left that sent Commey back with the visual of him walking aside from him as the bell sounded.

The third round looked to be more of the same as Commey was having a hard time keeping up with the speed of Lomachenko. Commey looked to respond by charging inside and trying to muscle inside. Commey had some success with this, but still had to constantly contend with the circling Lomachenko around him. As the fifth round came around, it was a matter of what adjustment Commey could make in this fight as he had no answers for the more accurate Lomachenko?

As the start of the sixth round came around, the broadcast put up an alarming stat of how accurate Lomachenko was compared to Commey as it was 38 percent to 12. Richard Commey started the middle of the round with some good moments, cornering Lomachenko in the corner, but immediately countered out away from it.

Lomachenko sent Commey down in the seventh round with a nasty left. Commey beat the count of referee Steve Willis but spent the rest of the round in survival mode. It was an interesting point in this round that Lomachenko was in control of as he kept barking over to Commey’s corner, asking him to stop the fight. That didn’t happen, and the fight kept going.

My biggest takeaway from this fight was the Lomachenko we expected to see in his loss against Lopez, but we got tonight instead. Commey looked to be a fighter who, while game early on, had no answers for anything Lomachenko was doing or even how to keep him off him as he was getting muscled in the clench in moments of this fight.

With the win for Lomachenko, he sets himself back up to get the belts back in a potential matchup against Kambosos as his mandatory challenger. We’ll see how that shakes out in 2022.