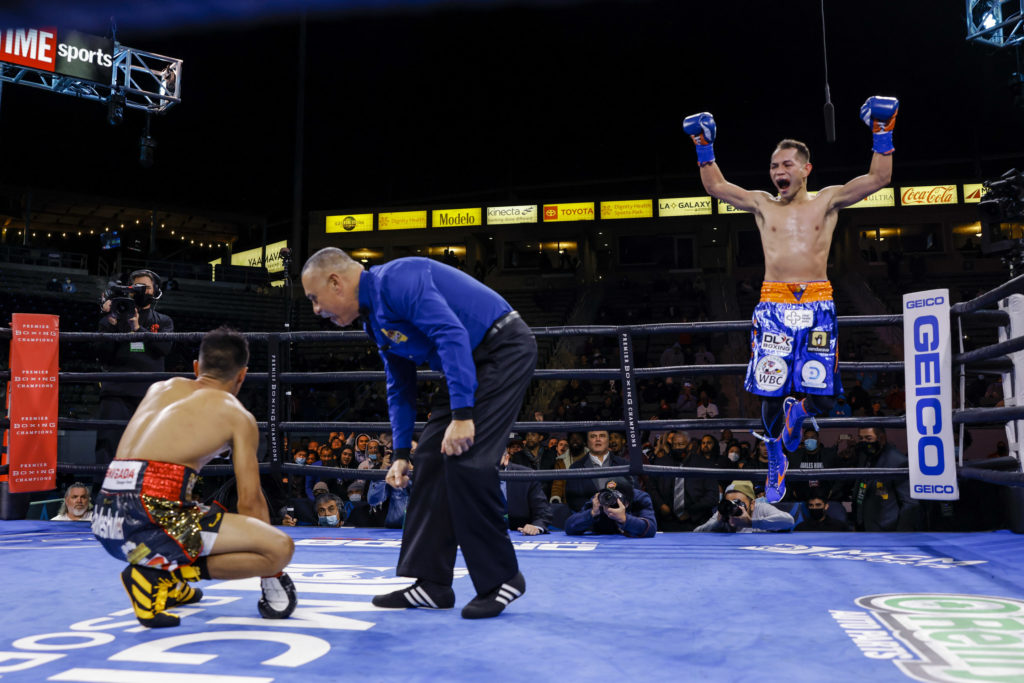 Nonito Donaire is on a quest for history, and fellow countrymen Reymart Gaballo tried to stand in his way from the Dignity Health Sports Complex in Carson, California. That resulted in Donaire retaining his WBC Bantamweight title, stopping him in four rounds.

The official time of the stoppage was 2:59 in the fourth round.

The main event that aired on Showtime was the first title defense of Donaire, capturing the title in the very same arena against Nordine Oubaali in May. Opening bell had started with a feeling out round but had the crowd awakened with a lovely right hand by Donaire on a chilly night in Southern California. Wasn’t much action of note in the round as both weren’t throwing much, but we did see from Donaire his left hook that has been his calling card of his Hall of Fame career.

In the second round, the action picked up as the 39 year old Donaire looked to press the issue by using the jab on the outside. In the third round, Gaballo caught Donaire with a right hand that had been pushed back for a moment. This led to a few great exchanges that happened throughout the right. It was a matter of seeing which fighter would be able to time the other, and early on, it could go either way.

As the fourth round came and went, if you were looking for “Father Time” to all of a sudden hit Donaire, it didn’t happen. And Gaballo found that out as well, as the champ hit him with a body shot, and this fight was all over.

The 13th body shot that landed for Donaire was the first to send the challenger down to the canvas in his career. Gaballo tried getting up from the shot, but immediately went back down to be counted out, and Donaire won.

“Unify. That’s what we’re going for next,” Donaire said after the fight.

The unification fight could be a rematch with Japan’s “Monster” Naoya Inoue, who holds the WBA/IBF World Bantamweight titles and defeated the “Filipino Flash” by decision in a wild 12 round fight in 2019.

With Saturday’s win, we’ll see who is next for Donaire, who improves to  42-6 and still shows power and no signs of slowing down.