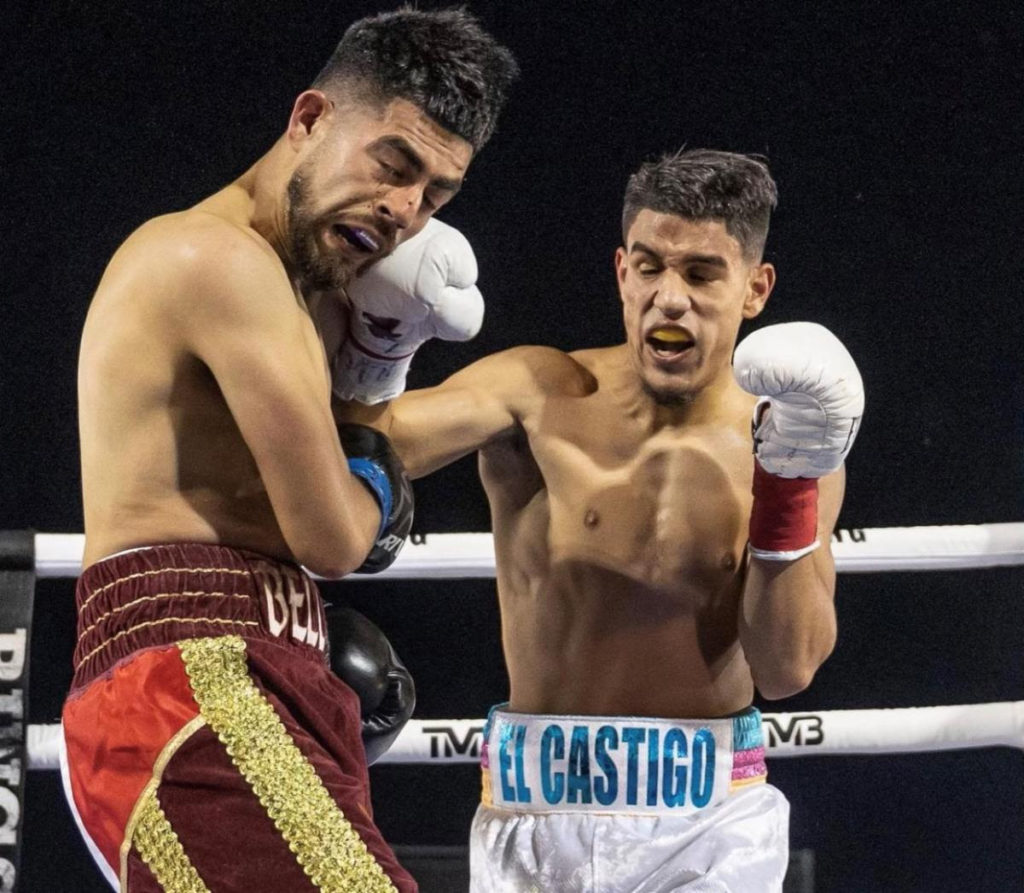 This past Saturday,  Ricky “El Castigo” Medina, remained undefeated winning by unanimous decision with a dominant performance against Oscar Mojica (12-6, 1 KO), improving his record to (12-0, 6 KOs). The 8-round bout was promoted by TMB Promotions and took place at Nelson Wolff Stadium in San Antonio, Texas.

From the opening round, Medina controlled the action with a superior jab and high ring IQ. Mojica, who is known for giving his opponents a tough fight, had no answer to the skill set Medina bought to the ring. Medina dominated the bout till the final bell scoring a unanimous decision to remain undefeated. Scorecards read 80-72 twice and 79-73.

“I was well prepared going into the fight and it showed in my performance,” said Medina, who is one of the next up and coming boxers fighting out of San Antonio. “I knew Mojica was going to be a tough challenge, so I took my training to the next level. I wanted to finish off the year with a great performance and I accomplished that goal. It was nice to see all my family and friends show up and I’m looking forward to a successful 2022.”

“Medina has developed into a great prospect and he’s on his way to a big fight,” said Greg Hannely, president of Prince Ranch Boxing, who manages Medina. “Rick Morones and I have plans to get him ranked with one of the sanctioning organizations in 2022. He had a tremendous amateur career, and it has transcended into the professional ranks. We have big plans for him in the upcoming year.”

“Medina showed me a lot in this fight,” said promoter Rick Morones, of TMB Promotions. “Mojica has never been dominated like that and that’s a testament to the hard work Medina and his team have put in. I want to thank all the people who helped me put on this event and we plan to have more shows in San Antonio next year.”