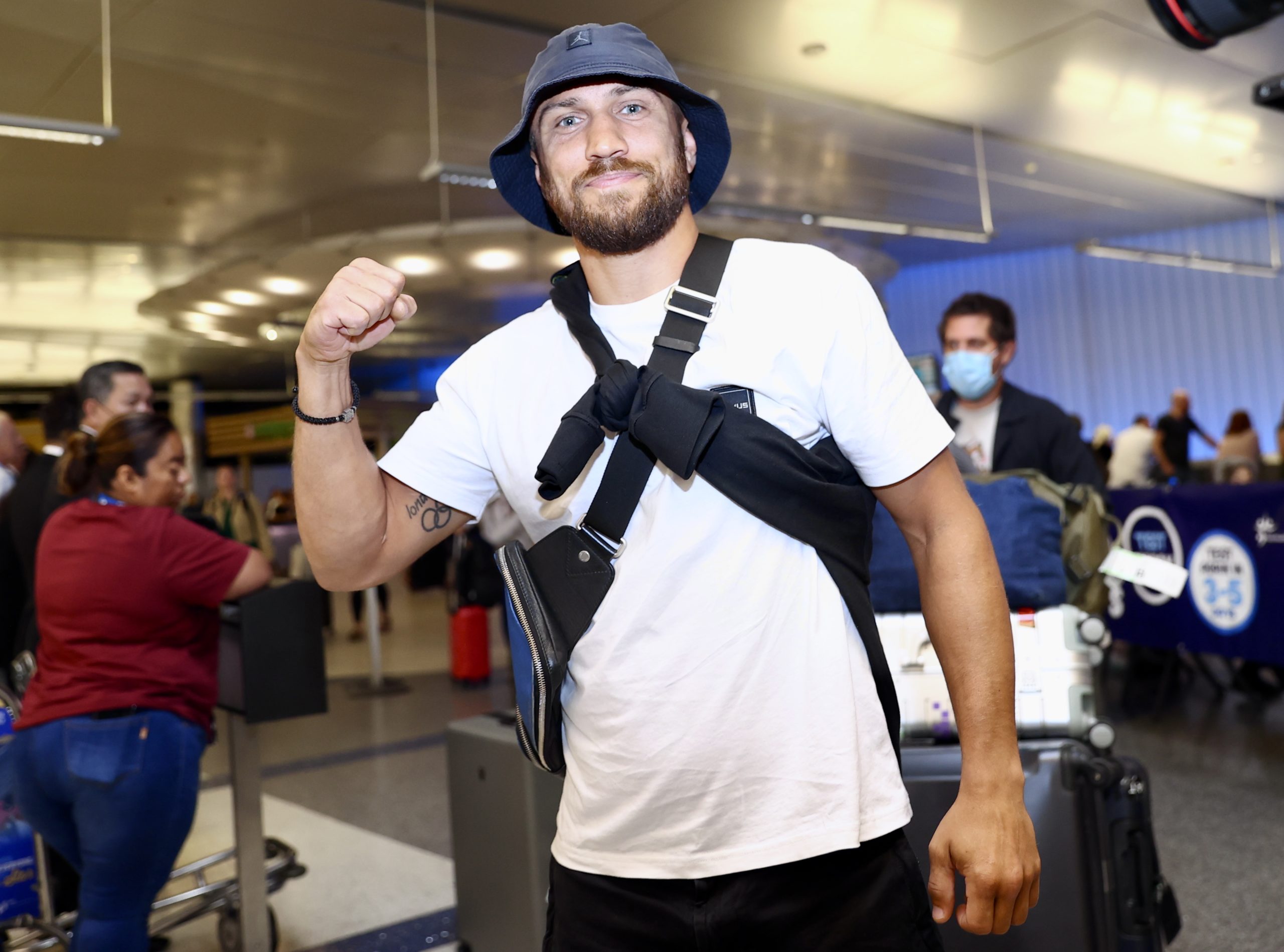 Three-division champion Vasiliy Lomachenko, the former pound-for-pound king, is back on American soil to begin training in earnest for a fall ring return and then a possible shot the undisputed lightweight title.

He has spent the last several months serving in a territorial defense battalion in Ukraine as his country fights off the invasion from neighboring Russia. Lomachenko was slated to challenge then-unified lightweight champion George Kambosos Jr. in his home country of Australia in June but bowed out in mid-March before the fight was formally announced in order to remain in Ukraine defending his country.

Kambosos faced WBC titlist Devin Haney instead and lost a lopsided decision in a fight for the undisputed 135-pound championship.

In early July, Lomachenko informed Top Rank that he had decided to return to boxing and would be ready for a fall fight. Although he has no set date, Lomachenko’s return against an opponent to be determined will likely take place in late October.

“I pray every day for Ukraine, for the people and stop the war,” Lomachenko said upon his arrival. “When I came back to Ukraine, I believe it was the second day of war. Your mind changes because you see a different life. It’s a different life. Nobody knows what happened on this day. It’s very bad. It’s very bad for the world. I’ve prepared for this moment, and I need this chance. I need this fight (for) undisputed. Undisputed world champion.”

If Lomachenko wins his return fight and Haney retains the undisputed title in a rematch with Kambosos it is likely Haney-Lomachenko would happen in spring 2023. Haney-Kambosos II is being planned for Oct. 15 in Melbourne, Australia at the famed Rod Laver Stadium — home of the tennis Australian Open — where it will be Oct. 16 Australia time.

Haney-Kambosos II is slated to be announced early next week, sources with knowledge of the schedule told Fight Freaks Unite.

Since a unanimous decision loss in a three-belt unification fight with Teofimo Lopez in October 2020, after which Lomachenko had surgery on a shoulder that was injured going into the fight, he has won two fights in a row in dominating performances. He scored a ninth-round knockout of Masayoshi Nakatani in June 2021 followed by a one-sided decision over former world titleholder Richard Commey in December.