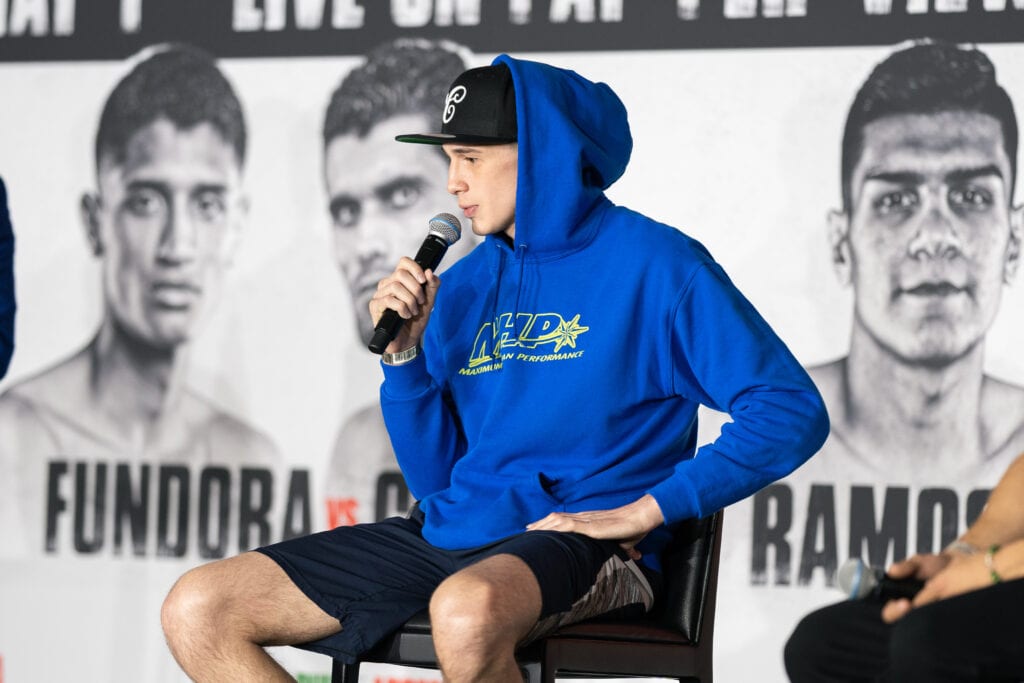 Thomas “Cornflake” LaManna is looking to make a move up in weight will result in a title as he takes on Erislandy Lara Saturday night on Fox from the Dignity Health Sports Complex in Carson, California. One thing is for sure is that he is coming into the fight looking to end it early.

“I’m coming to knockout Erislandy Lara. That’s the goal, and that’s what I’m going to accomplish. This is my one shot, and I’m going for it,” LaManna said at the final press conference leading into the fight Saturday.

Check out the latest episode of the Big FIght Weekend Podcast, where we speak about this fight and with special guest Manouk Akopyan of Boxingscene and the Los Angeles Times. They will be ringside for the Andy Ruiz-Chris Arreola pay-per-view from Carson, California, this Saturday.

LaManna takes on Lara for the “regular” version of the WBA 160 title. I don’t know what that means in a crowded field at 160 for the WBA, but the winner of this fight will have the title. While he comes into this contest, the underdog against Lara, I’ve mentioned that LaManna is a live underdog going against Lara on this week’s podcast. The latter last fight looked like father time has caught up with him in his win against Greg Vendetti last August.

This path for LaManna was paved as he scored two wins down in Mexico against journeymen after a very debatable loss to Brian Mendoza last August. LaManna knows going into this fight how much is at stake.

“I’m willing to be OK with the fact that I probably won’t be the same after this fight,” LaManna said to Boxingscene in an interview this week. “I’m gonna do literally whatever it takes to win. Lara’s in a better position in life. He’s made his millions. He’s like a baby to the PBC circle. He’s like the little baby to them. They always take care of him. He got his money. This is the opportunity of a lifetime for me to change my life, for real. This is probably my only shot at a world title, so I’ve just got the will to win.”

We’ll see if his range will be the difference against Lara Saturday night.