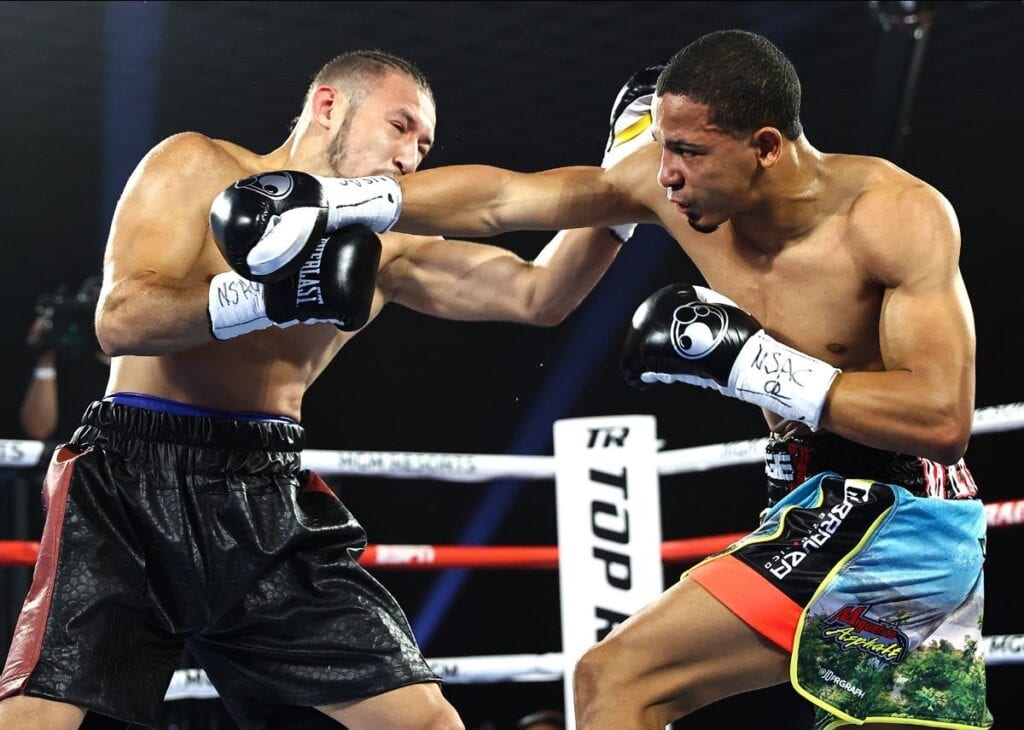 In his native Puerto Rico, Felix Verdejo was questioned by authorities last night concerning a missing woman with whom he was linked to being in a relationship.

El Vocero De Puerto Rico has been keeping up with the finding of Keishla Marlen Rodríguez Ortiz, who was reported missing after not showing up to work at 7 a.m. yesterday.

“I am here asking you to help me find my sister. It is not normal that she has been missing for so long,” said her sister, Bereliz Nichole, said on her Facebook account.

The 27 year old Lightweight contender Verdejo met with local police Thursday, and per the updated report told the agents that he had nothing to say. Further, he will contact a lawyer to go Friday to the CIC offices in San Juan, on the second floor of the General Headquarters. in Hato Rey.

Marlen, for whom the Police decreed the “Pink Alert” last night, allegedly had left her home in Residecial Villa Esperanza, in Caimito, Puerto Rico, to see Verdejo and reportedly, show him the results from a pregnancy test.

Verdejo, 27-2, was last in the ring this past December, losing to Masayoshi Nakatani in the ninth round on the chief support bout for Top Rank Boxing in Las Vegas for Shakur Stevenson beating Toka Kahn Clary.

The newly established “Pink Alert” in Puerto Rico was set, as it “seeks that citizens collaborate by sharing information that helps find the whereabouts of the young woman.” This alert is activated in cases in which a woman over 18 years of age is reported missing or kidnapped and whose circumstances meet the criteria established by the Enabling Law to confirm the Pink Alert.

On Friday morning El Vocero reported, that the car of Marlen Rodríguez Ortiz had been located and appeared abandoned in nearby Canóvanas, Puerto Rico.

We’ll keep you posted if anything is linked back to Verdejo on Marlen missing, but as in most mystery shows I’ve seen on these investigations, the authorities went to the love interest first. That happens to be Verdejo in this case.

The investigators continued conducting interviews with those close to Keishla Marlen after trying to speak with Verdejo Thursday.