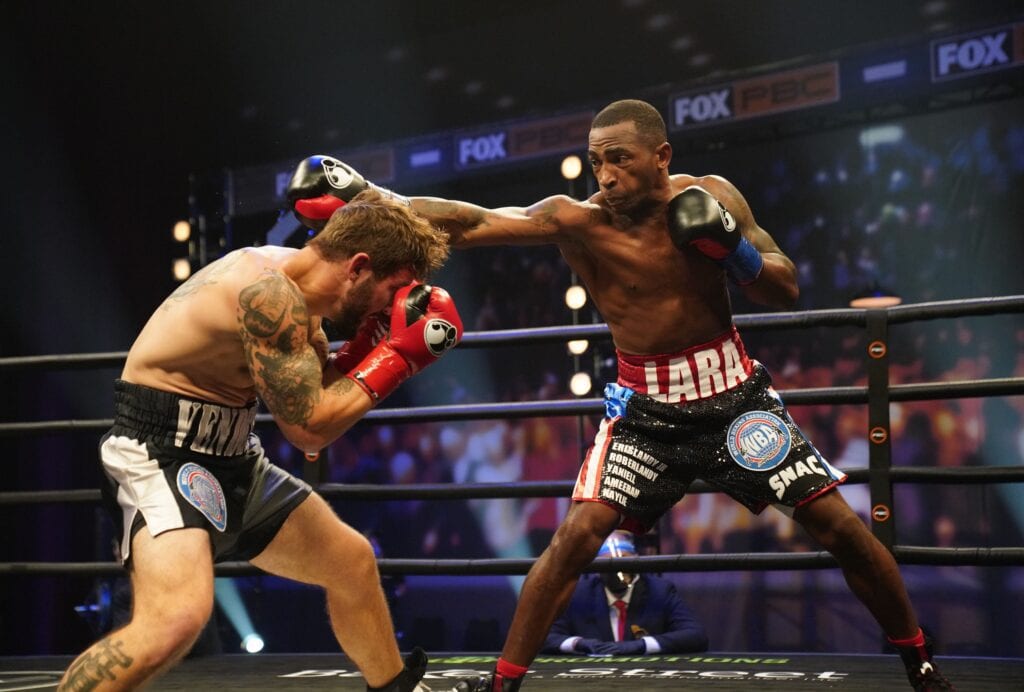 Erislandy Lara took on Greg Vendetti in the main event Saturday night to close out the Premier Boxing Champions on Fox show. And, Lara came in the huge favorite and it played out as much winning by unanimous decision.

The WBA “regular” title was on the line, as well as, the IBO title for those keeping score of this championship bout at 154 pounds from the Microsoft Theatre in Los Angeles, California. Lara, with this victory, moves to 27-3-3, while Vendetti 22-4-1.

One thing that was apparent in the opening round was that Lara was to keep Vendetti at bay as Lara’s reach was able to keep him at bay from the pressure of Vendetti lounging in. Vendetti told me coming into the contest that he saw holes in Lara’s game, and it looked similar to the same gameplan that led to the competitive draw Lara had against Brian Castano last March. That seemed to be the idea for Vendetti coming in the fight for the early rounds.

In the middle rounds of the contest, it seemed that Lara continued his pace on the sticking to the outside while Vendetti continued pressuring on. By this point in the fight, the broadcast made note that Lara was able to get into a groove using his jab to keep him at bay. The one thing Vendetti was able to do as was through the first half of the fight was to keep trying to get inside.

Vendetti is finding some success, but Lara's championship pedigree is being showcased every round. #LaraVendetti #PBConFOX pic.twitter.com/gFXK2Q3U80

By the eight-round, Lara seemed to be in full control of the fight mainly by keeping Vendetti at bay. This contest was just one of those fights that, as it was fought at Lara’s pace, that there wasn’t anything that Vendetti can do about it. What didn’t happen in this southpaw matchup for Vendetti was what happened the last time faced i=a step up in competition facing Michael Soro back in 2018. Vendetti was game in the fight but just wasn’t able to get Lara off-kilter in the contest.

Lara, with this win, is keeping the wins coming at this later stage of his career. Heading into this fight, he said this wasn’t over, and we’ll see who is for him at a stacked 154.