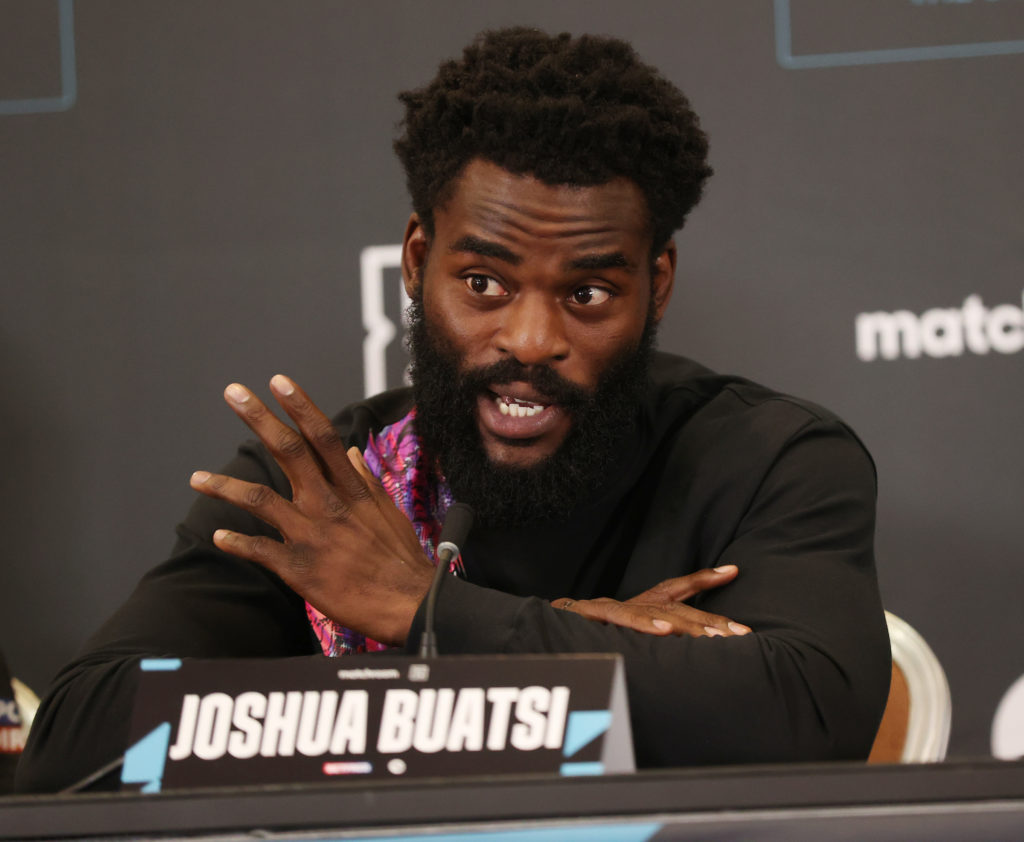 Coming up Saturday night in London, unbeaten British light heavyweight Joshua Buatsi knows he needs a big performance to help him take the next steps towards a world title shot. And, on Thursday in the final press conference before his bout with fellow English contender Craig Richards, he made clear he intends to silence some critics.

The former Olympic Bronze Medalist Buatsi told the media that he with be ready to “turn in on” in the scheduled 12 round WBA eliminator bout,

🗣️ “The talking is done now. The switch hasn't flicked yet… But it will“ – @boxingbuatsi #BuatsiRichards pic.twitter.com/5w9cWTg6fS

“I think there’s always people to prove wrong,” Richards said. “We’re what, 2-3 days away? The talking is pretty much done. We’re gonna find out Saturday. The switch hasn’t flicked yet…but we’re 2 or 3 days away and the switch will definitely be flicked. “

Buatsi, 15-0 13 KOs gets ready for his first bout of 2022 after suffering an injury that cancels his scheduled bout last December.

Buatsi had scored his tenth knockout in a row, when he stopped Latvia’s Ricards Bolotniks in the eleventh round of their WBA Light-Heavyweight world title eliminator on the third and final week of Matchroom’s “Fight Camp” on their property headquarters in August.

Then, the 29-year-old was set to face Russia’s former World Title challenger Maxim Vlasov on the undercard of Joseph Parker’s rematch with Derek Chisora at the AO Arena in Manchester in December before suffering a hand injury that kept him out of training for several months.

Now, he’s back facing the veteran Richards (17-2-1, 10 KOs), who put in a spirited display, as he pushed WBA Light-Heavyweight World Champion Dmitry Bivol all the way to a 12 round deision in his first World Title attempt in May 2021.

Since then, the fighter nicknamed ‘Spider’ returned to winning ways at the O2 Arena last October on the impressively stopping Poland’s Marek Matyja in six rounds to earn the vacant WBA International Light-Heavyweight Title.

Now, they are the main event on the Matchroom show Saturday night with Buatsi looking to get into title conversations for 2023 and he will certainly help that cause with a big showing.

DAZN Reaches Three-Year Deal With Golden Boy
Why Did Ryan Garcia-Issac Cruz Get Undone So Quickly?
Advertisement
To Top