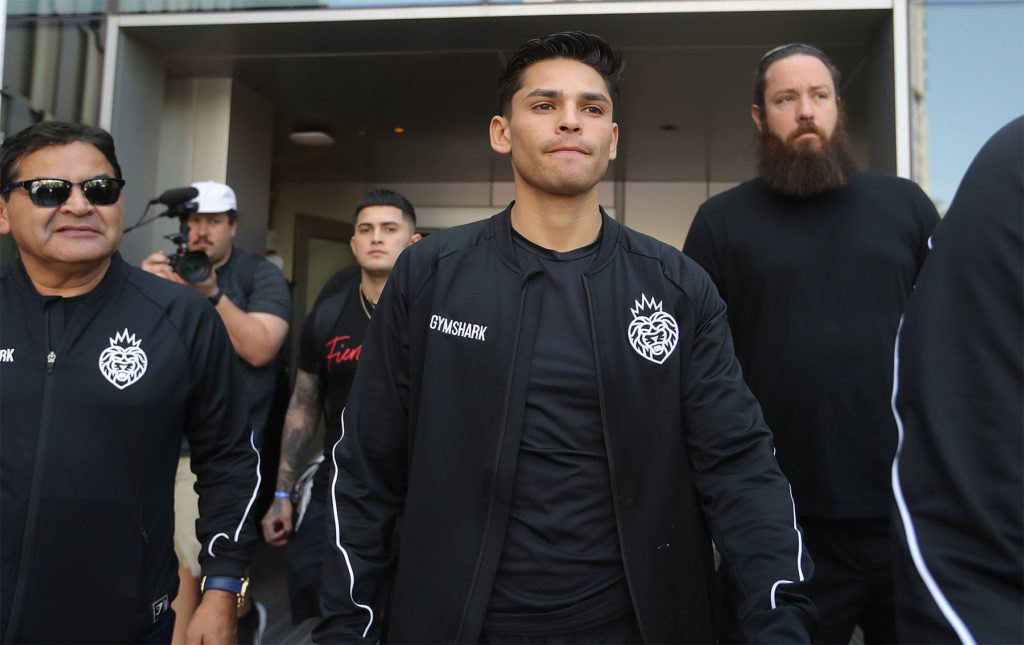 The lightweight elimination bout between Ryan Garcia and Isaac “Pitbull” Cruz, which was recently ordered by the WBC, will not take place.

WBC president Mauricio Sulaiman announced on Thursday that “after consulting with the camps it was confirmed that both fighters had previously scheduled fights, so the WBC-mandated process was cancelled.”

In reality, neither fighter has a set fight. While Garcia (22-0, 18 KOs), 23, of Victorville, California, and promoter Golden Boy said they were OK with the 50-50 split of a potential purse bid — a surprise given how much bigger of a draw Garcia is — the Cruz camp (Premier Boxing Champions) simply did not want the fight and did not even try to win the rights to a bout for which there has been heavy public interest.

Garcia, who been calling Cruz out for months, is penciled in for July 16 in a DAZN main event but has no set deal for an opponent. Cruz (23-2-1, 16 KOs), 23, of Mexico, is headed to a possible fight in August but has no set date or opponent, his team told Fight Freaks Unite.

We discussed in detail the disintegration of Garcia-Cruz inside of two weeks of it being suggested on the latest edition of the “Big Fight Weekend Preview” podcast, including my text message exchange with WBC president Mauricio Suliaman. Hear more by clicking play below:

Had Garcia-Cruz taken place the winner would have become the WBC mandatory challenger for the winner of next month’s undisputed championship fight between three-belt champion George Kambosos Jr. and WBC titlist Devin Haney.

Garcia ended a 15-month layoff on April 9 with a near-shutout decision over Emmanuel Tagoe in San Antonio, Texas. He was previously the WBC’s #1 contender in early 2021 before a long layoff for “mental health reasons” and then, a hand injury.

As for Cruz, he knocked out faded 40-year-old Yuriorkis Gamboa in the fifth round on April 16 on the undercard of Errol Spence’s world welterweight title win over Yordenis Ugas.