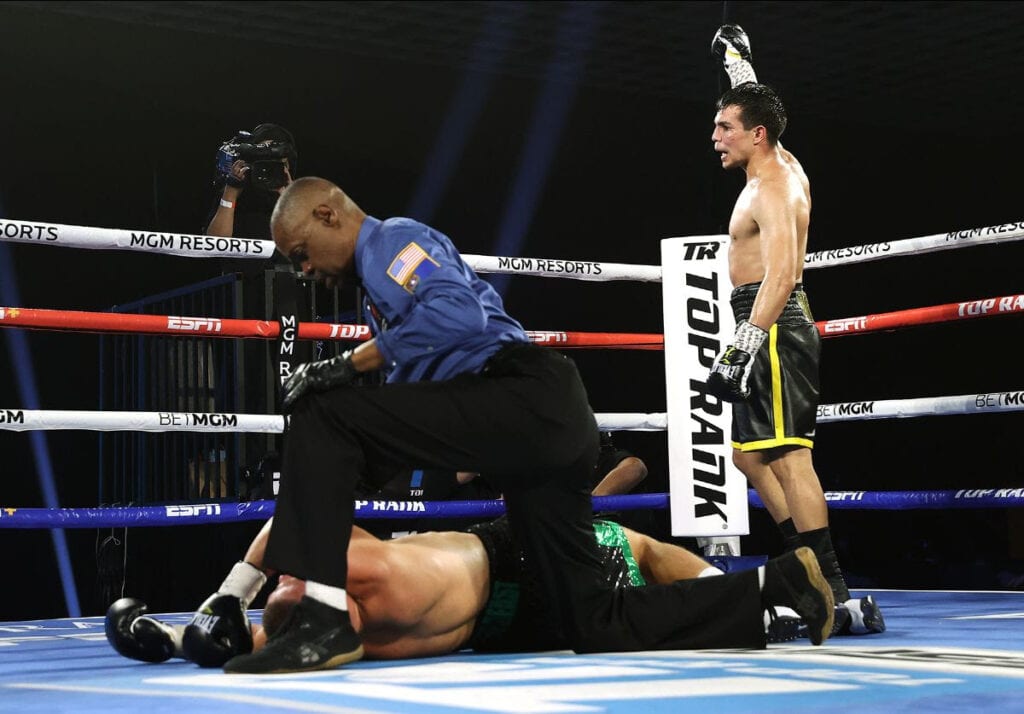 We at least have the co-main event setup for the undisputed junior welterweight title bout between Jose Ramirez and Josh Taylor, and it’s a familiar face in Jose Zepeda.

Keith Idec of Boxingscene reported that Zepeda (33-2, 26 KOs, 2 NC) would take on challenger Pedro Campa (32-1-1, 21 KOs) as the chief supporting bout leading up to the contest for all the belts at 140 pounds in Las Vegas. The venue is still being finalized and will either be  MGM Grand Garden Arena or Michelob ULTRA Arena, formerly known as Mandalay Bay Events Center.

Zepeda was last seen in the Fight of the Year winner stopping Ivan Baranchyk in their fight round slugfest. That bout had a combined total of eight knockdowns over five rounds last October. That fight was ended with a left that Zepeda landed on Baranchyk, which had him out in the ring for several moments while they waited for medical personnel.

Campa was supposed to take on stateside Adrien Broner in his in-ring return but had to withdraw as someone in his camp had caught COVID-19. Instead, Broner took on the little-known Jovanie Santiago to a unanimous decision win on February 20. Campa made his return against journeyman Carlos Cardenas, defeating him in Mexico to win over eight rounds instead of Broner.

The winner of this fight will be in line at 140 to take on the winner of the main event. It will just be a moment as Jack Catterall is the first mandatory slated up at 140 for the winner of Taylor and Ramirez.  The reports of Teofimo Lopez moving up to 140 pounds would interfere as well. In the meantime, this should be a solid scrap, and we’ll see if Zepeda can keep the streak going as he looks for another title shot.