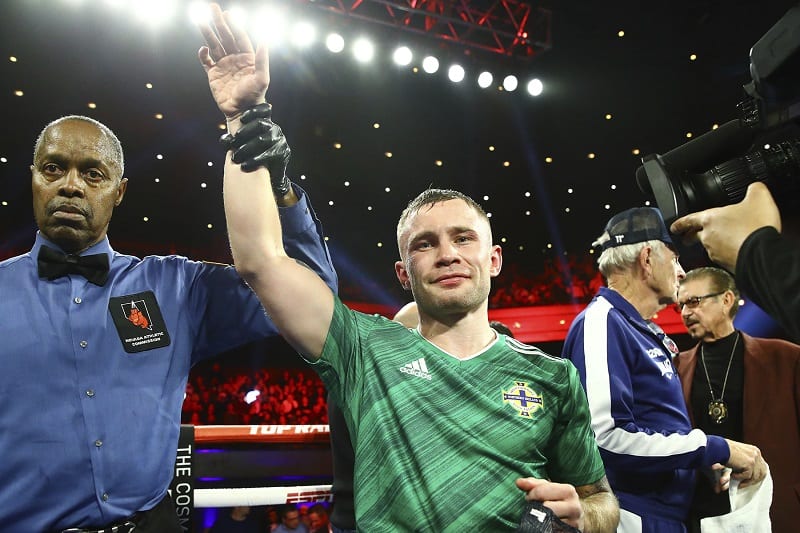 Carl Frampton knows that he can go down in the history books if he is able to beat Jamel Herring when they fight for the WBO super featherweight title on this weekend’s #Legacy card in Dubai.

The D4G Promotions event takes place at Caesars Palace Dubai on Saturday, as Frampton (28-2, 16 KOs) squares off with defending champion Herring (22-2, 10 KOs), in what is the biggest fight to ever take place in the region.

Frampton would become the island of Ireland’s first-ever three-weight world champion if he defeats Herring, and he plans on using that for motivation.

Frampton said: “The fight is finally here. I am absolutely delighted that it is as it’s been a fight that has been talked about for well over a year.

I'll join you for a non alcoholic one any time mate https://t.co/nGDYXLdmvO

“It’s a huge fight and gives me the chance to become the island of Ireland’s only ever three-weight world champion, and one of the only ever Brits to do it. I’ve done it the hard way too, as I have beaten champions to win all my world titles.

“I have a lot of respect for Jamel Herring, as a man and as a fighter, but I have full confidence in myself that I will beat this guy. You’re always confident in every fight, but I feel this is meant to be and meant to happen. I will not let him take it off me.

“I will do whatever it takes to get my hand raised at the end of the fight. Jamel will be well up for this, but I am too, and I cannot wait to make history.”