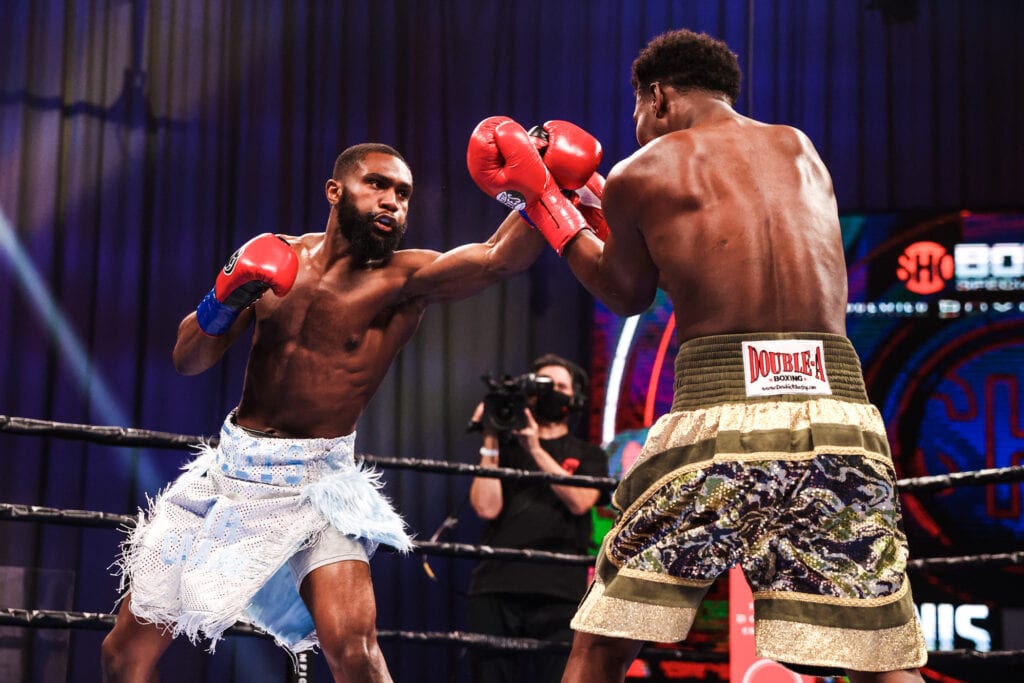 Ennis On Lipinets Fight-‘Take My Career to the Next Level’

Ennis is looking to rebound from his last time out, which ended in a no-contest against Chris Van Heerden last December due to a clash of heads in the first round. It was a tough break as everyone watching that fight saw that Ennis was well on his way to taking Van Heerden out. This time up in a big step up against Lipinets, Ennis stated that a win would boost his profile.

“Beating Lipinets would take my career to the next level because he’s a former world champion at 140 pounds, and he fought a lot of top guys,” Ennis said at the virtual media call last week. “Making a statement against him is definitely a whole different level, and it would boost me all the way up the rankings. I feel like, after this fight, it’s on to bigger and better things. But we have business to handle on April 10 first.”

That business would be Lipinets, who comes in fresh off a spirited majority draw against Custo Clayton last October. Both will have something to prove in this crossroads fight, springboarding one of them back in the title picture. For the build-up leading to the bell, Ennis is focused on his path to the top.

“Everybody has different roads to a world title. Mine is taking a little longer than some others, but I don’t mind it. I’m still learning. I’m young, and I’m getting better each and every fight. I’m fine with the way that my career is progressing. Everything is happening for a reason. It’s perfect timing for this opportunity,” Ennis said.