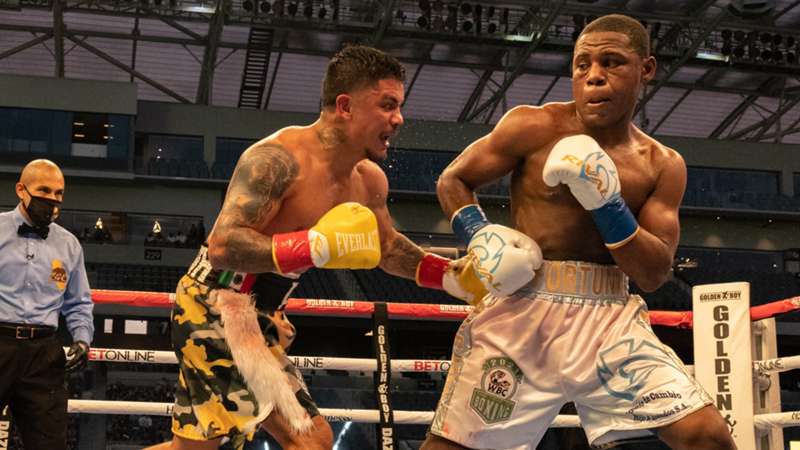 Lightweight contenders Joseph “JoJo” Diaz and William Zepeda will meet in a 12-round fight that will headline a Golden Boy Promotions card on DAZN on Nov. 5, they announced on Monday.

No site has been finalized, but Diaz manager Rick Mirigian told Fight Freaks Unite and Big Fight Weekend the fight will be in Las Vegas or Southern California.

With the Devin Haney the undisputed champion and headed to an October rematch with George Kambosos Jr., there are no title bout available for the top contenders for the rest of the year, but the Diaz-Zepeda winner will at least emerge as a serious candidate to land one when it becomes available.

Former junior lightweight titleholder Diaz (32-2-1, 15 KOs), 29, a southpaw from South El Monte, California, is coming off a decision loss to Haney in a WBC lightweight title challenge in December and anxious to get another shot.

“I am very excited to be back in the ring and do what I love,” Diaz said. “I’m going to take on the toughest challenge that will bring out the best in me. I’m going to show the shrimp what it’s like to swim with the sharks.”

Zepeda (26-0, 23 KOs), 26, a southpaw from Mexico, has been scoring one knockout after another, although his streak of 15 in a row came to an end on May 14 when he handily outpointed former junior lightweight titleholder Rene Alvarado over 10 rounds.

“I am ready to dance with JoJo and give him trouble,” said Zepeda, who will be taking on by far the most notable opponent of his seven-year professional career.

Golden Boy CEO Oscar De La Hoya said the match lives up to his longtime mantra of matching his fights in legitimate fights.

“This fight proves that Golden Boy Promotions isn’t scared to put its fighters in tough matches to give fight fans the boxing entertainment they’re looking for,” De La Hoya said. “JoJo Diaz Jr. and William Zepeda are both hungry fighters ready to put their reputation on the line to prove they are worthy contenders in the lightweight division. Both are aggressive southpaw fighters who come forward and are unafraid to give fans a show.”