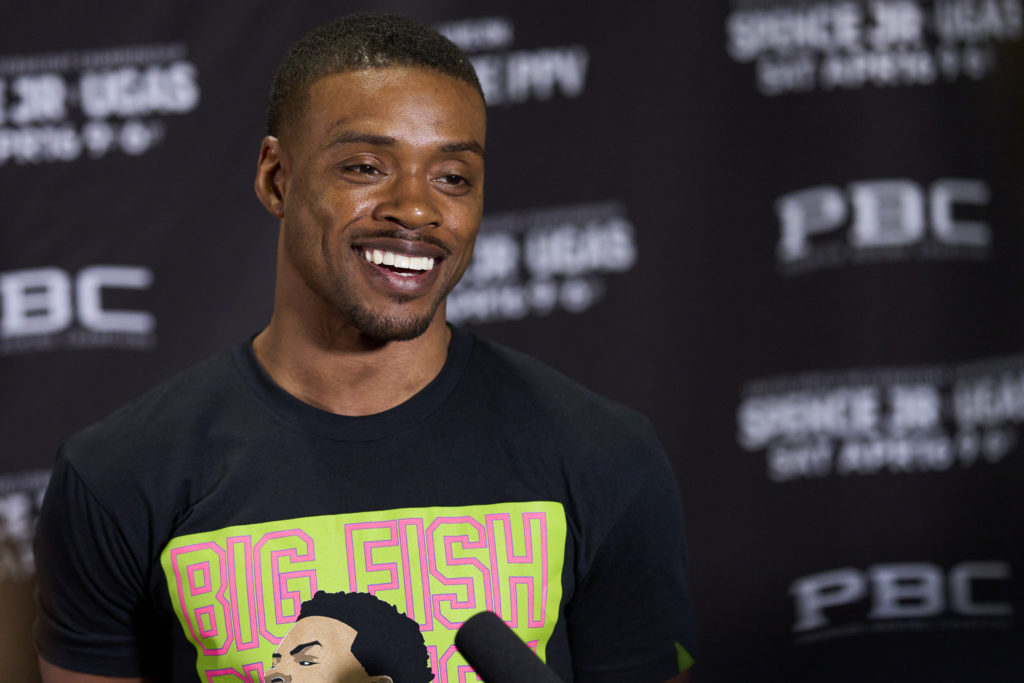 A deal for a unification fight between three-belt welterweight titlist Errol Spence Jr. and titleholder Terence Crawford for the undisputed championship — the most in-demand fight in boxing today — is nearing completion and penciled in to take place either Nov. 12 or Nov. 19 in Las Vegas, multiple sources told Fight Freaks Unite and Big Fight Weekend, although Premier Boxing Champions is still exploring other potential venues.

The fight has been in high demand for the past few years but became much more realistic after Crawford stopped PBC fighter and former titlist Shawn Porter in the 10th round in November in Las Vegas and then became a promotional free agent because it was the final fight on his contract with PBC rival Top Rank.

Crawford (38-0, 29 KOs), 34, of Omaha, Nebraska, has been in talks with PBC boss Al Haymon over the past few months as they try to make a fight that Spence and Crawford have long said they wanted. The fight would not only be for the undisputed 147-pound crown but the winner would likely earn wide recognition as boxing’s pound-for-pound king.

According to sources, PBC believes it is so close to finalizing the deal that it is already looking at possibilities for the undercard of what will likely be a Showtime PPV event.

One of the fighters likely to appear on the pay-per-view is WBA “regular” welterweight titlist Eimantas Stanionis (14-0, 9 KOs), 27, of Lithuania, who probably would face contender Cody Crowley (21-0, 9 KOs), 29, a Canadian southpaw, in a fight that shapes up as an action scrap.

Stanionis, who is the WBA mandatory challenger for the Spence-Crawford winner, claimed the secondary belt by split decision over Radzhab Butaev on the undercard of Spence’s last fight, a 10th-round knockout of Yordenis Ugas to unify three welterweight titles on April 16.

In the ring after knocking out Ugas, Spence (28-0, 22 KOs), 32, of DeSoto, Texas, said he wanted Crawford next and has reiterated that over and over.

In mid-May, for example, during an interview with Showtime’s Jim Gray during the network’s broadcast of the rematch between Jermell Charlo-Brian Castano for the undisputed junior middleweight title, Spence said of the Crawford fight, “I think it’s gonna happen. It’s a fight I definitely want. I definitely want it this year. So, hopefully, we can make it happen. But I think we can make it happen because I want it, he want it. I think we can come to terms and we can fight this year.

“It’s just talking stages right now. We’re talking about it now, but he definitely wants the fight. Al told me he definitely wants the fight and he’s been vocal about wanting the fight. I called him out this year after my fight (against Ugas). I said that’s the guy I want to fight. It’s for undisputed. It’s the biggest fight in boxing. I feel like a lot of fans want to see it. It’s a huge fight for both of us. I don’t see any stumbling blocks. I want it. He want it. I got three belts, he got the one belt. That’s the only belt I need to become undisputed welterweight champion of the world. That’s been something I’ve been very adamant about (doing). It’s something I really want to do, so we’re gonna get it done.”

Crawford has also said he wants the fight time and again. When asked about his desire for it during an interview on “The DAZN Boxing Show” in June, Crawford said, “Hopefully. That’s the plan — for us to get the job done on the business side and to be able to share the ring and put on a great performance for each and every one of you guys who want to see us share the ring together. I think the time now is the best time because it’s for all the marbles. Errol Spence got three of the titles, I got one. It would be for undisputed. I feel like this is the biggest moment for us two to fight.”

Jo Jo Diaz-Wlliam Zepeda Will Meet In November
Juan Francisco Estrada Wants Chocolatito Trilogy Instead Of Franco?
Advertisement
To Top
We use cookies to ensure that we give you the best experience on our website. If you continue to use this site we will assume that you are happy with it.OkNoPrivacy policy