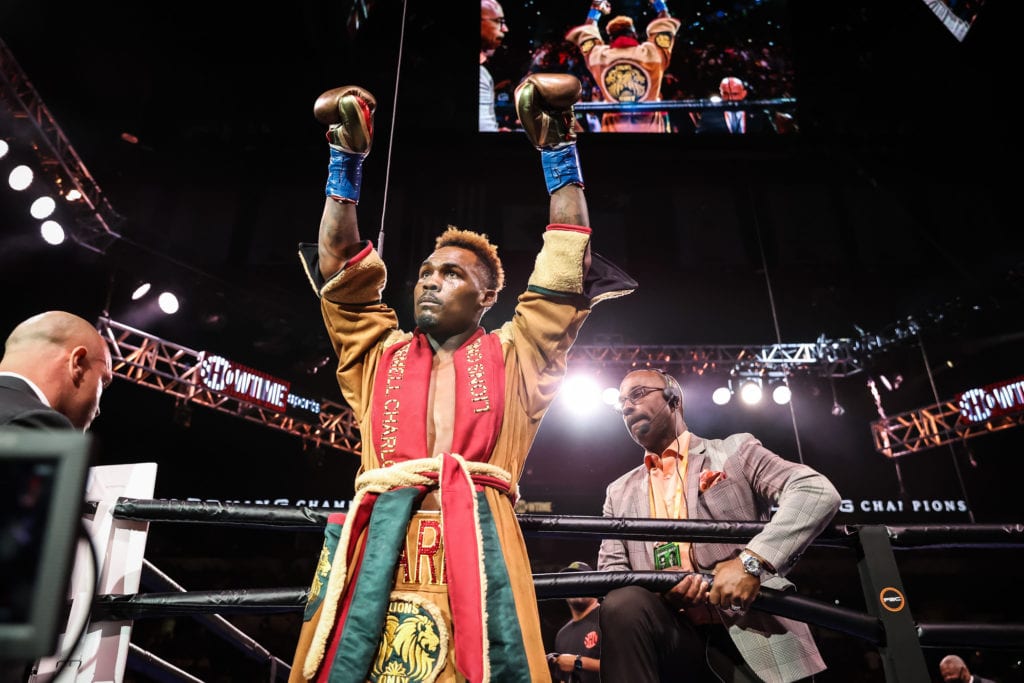 Three nights after their hard fought 12 round draw for the Undisputed Jr. Middleweight title, the WBC, WBA, IBF champ, Jermell Charlo, made sure to give his respect the WBO titleholder, Brian Castano.

Off the Split-Draw in San Antonio, TX, that saw one judge give each fighter their nod with the third card even, Charlo took to Instagram Tuesday night,

“Brian Castano is one hell of a better fighter than anyone gave him credit for and he came to fight for his life Saturday. If fights are scored as a whole I landed the harder and better shots, but boxing isn’t scored that way. Boxing is scored round by round,” the Charlo post said.

There was certainly doubt about this result. This as, Puerto Rican judge Nelson Vazquez’s Saturday card showed he had Charlo winning five of the first six rounds, even though Castano, now 17-0-2, was clearly dominating the action and scoring more punches.

It’s almost as if Vazquez had already put 10’s by Charlo’s name in advance or he was wearing a blindfold for the fist 18 minutes of the fight. This as, Castano put the pressure on Charlo along the ropes and was out scoring him 2-1 and even 3-1 in the early rounds.

And, all three judges, including veteran championship scorers Tim Cheatham and Steve Weisfeld gave Charlo each of the final three rounds 10 – 12. And, that’s what saved the now 34-1-1 Charlo from defeat Saturday night.

Castano did not hesitate post fight to say he wanted Charlo in a quick rematch. For his part, just as the Instagram post said Tuesday, Charlo always defers to the head of Premier Boxing Champions, Al Haymon, on what to do next?

It seems that a November or December showdown between Charlo-Castano to decide 154 lb. supremacy works, but who knows if Haymon wants another fight for Charlo first or not?

No matter, Charlo did the right thing publicly Tuesday by reinforcing that Castano was worthy of winning, even if he didn’t get the decision Saturday.