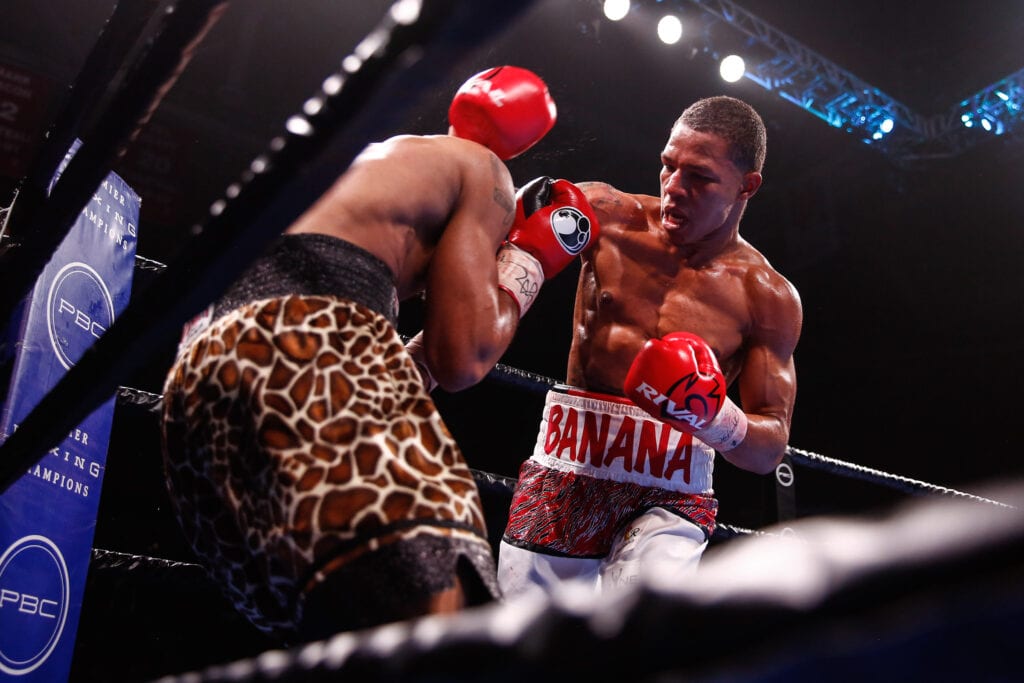 It was not only a bad night in the ring for former Unified Junior Middleweight champ, Julian “J-Rock” Williams in the main event Saturday night in hometown of Philadelphia, but PBC and Fox took a “gut-punch” with viewers, too.

First, Williams was stunned on a 5th round TKO by little-known contender Jeison Rosario, scuttling plans of a lucrative possible rematch with former champion Jarrett Hurd later this year. And now, the overnight TV ratings showed that Williams’ defeat flopped with tv fans .

It’s disappointing because, in virtually the same Saturday night slot a year ago, the return from nearly two years out of the ring with injuries for former WBA welterweight champion Keith Thurman registered nearly 2 million viewers. Thurman scored a 12-round decision that night in Brooklyn, NY, over Josesito Lopez.

And, that means Saturday night’s Main Event audience was down by over half a million viewers from the same  slot in 2019. So, that’s a disappointment for both PBC and the Fox television Network.

It wasn’t that the fight lack for Dramatics as, Williams, who had won fantastic hard fought bout last summer with former champ, Jarret Hurd,, looked sharp early on.

J-Rock was able to use his jab to keep Rosario away in the opening round. But, any momentum changed when in the second round, Rosario landed a right jab that opened up the eyelid of Williams. Williams then, from that moment on, was pawing at the cut, as it was bothering him in the fight.

And, the previously little known Rosario, now 20-1-1, began to take over the fight, targeting the eye of Williams that was opened up. In the fifth round, Williams was hurt by a hard hook, which then had him holding on dear life. He was thrown to the ground in what was ruled a slip, but when he got up, he was visibly hurt from the shot.

And, Rosario came in to end the fight and did just that landing two hard shots that sent Williams reeling and in trouble. That’s when referee Benjy Esteves Jr. had seen enough and called it over on a TKO, crowing Rosario the new champion at 1:37 in round five.

Back to the TV numbers. Another factor is that a massively popular competing fight card for UFC 246 involving a PPV main event for Conor McGregor against “Cowboy” Cerrone was also well underway. The prelims were being televised by ESPN in the 9 p.m. hour against PBC on Fox.

However the UFC pay-per-view portion did not begin until 10 p.m. eastern time and the McGregor fight did not happen until after 11, as Rosario had already upset Williams in Philly.

ESPN also began televising a Top Rank card on it’s main network at 10 p.m. but, again their main event, won by Eleider “Storm” Alvarez, did not start until after PBC upset loss for J-Rock concluded.