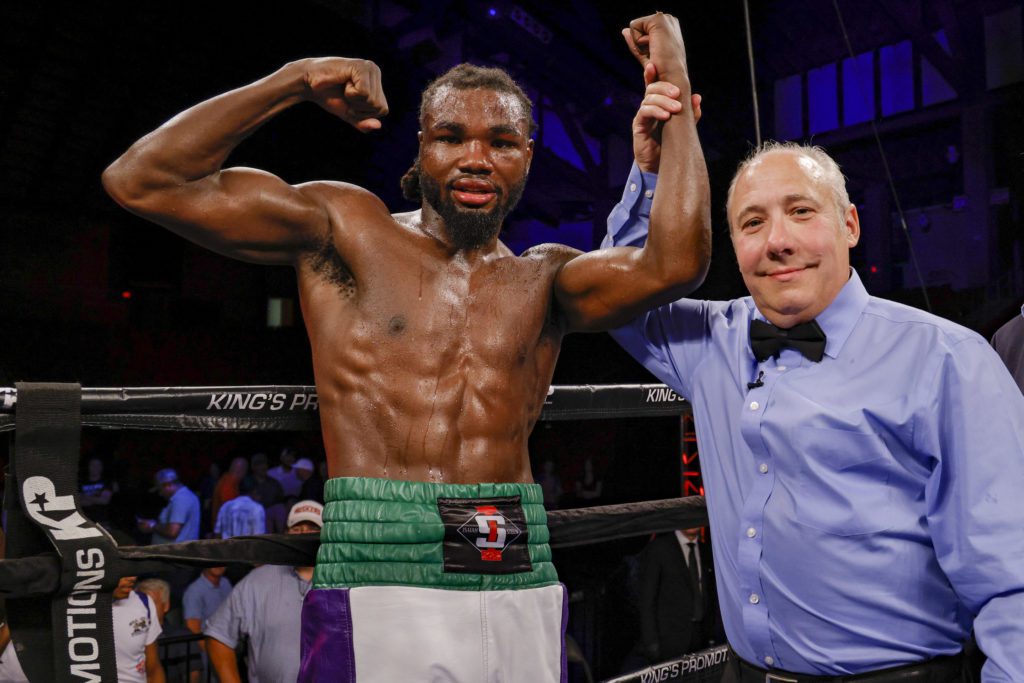 Another close fight to close out Shobox as super middleweight prospect Isaiah Steen edged out a unanimous decision victory over Kalvin Henderson on the 20th anniversary of ShoBox: The New Generation on SHOWTIME® Friday night in front of a raucous Cornhusker crowd at the Heartland Events Center.

It was the 258th ShoBox show and a night of celebration for the long-running and storied series that began in 2001 and has seen 84 ShoBox alum go on to win world titles. The night consisted of three hard-fought contests featuring young prospects matched tough, which has been a signature of the series for the past 20 years.

.@__zwop jabbed his way to a big UD win over Henderson 💪 #ShoBox20 pic.twitter.com/ojcGN0Bjoe

“It was a close decision because in the first few rounds I wasn’t going by the game plan and was just trying to get him out like I usually do in my fights,” said Steen, who is the half-brother of 2016 U.S. Olympian Charles Conwell, who cheered Steen on from ringside. “It would have looked good to have the knockout, but beating him like I did was more amazing.”

“I thought it was a close fight and that I lost by a close decision,” Henderson said. “I lost my right hand in Round 4 because I tore my shoulder and from then on, I used the left to try and control the pace.”

Henderson added: “I could have cut the ring off a little bit more. I didn’t want to let him know I couldn’t use my right hand because I knew he would try and take advantage of it. My coach told me to try and fake the right hand like I was going to throw it, and then hit him with the left hand. We followed our game plan, and everything we wanted to do.”

Steen knows his future is bright and he wants to share the limelight with his brother on August 29 as Conwell is fighting on the undercard of a highly anticipated SHOWTIME PPV event in Cleveland.

“I want to get added to the undercard of my brother’s fight on the Jake Paul-Tyron Woodley card in my hometown,” he said. “I want to bring it back to Cleveland next month.”

Saturday Should Have Been Wilder-Fury III
Joe Joyce Stops Takam Saturday Night In Six
Advertisement
To Top
We use cookies to ensure that we give you the best experience on our website. If you continue to use this site we will assume that you are happy with it.OkNoPrivacy policy