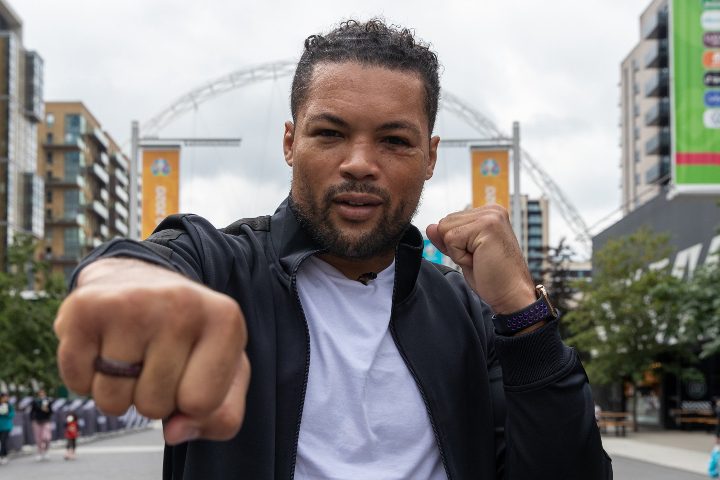 Unbeaten Joe Joyce and Carlos Takam squared off in a Heavyweight contender battle from the SSE Arena in Wembley, England Saturday night and was closed out in fashion, as Joyce gets the win by sixth-round stoppage.

There was a short delay before the bell, as Joyce came out in a Juggernaut helmet to the confusion of the broadcast team stemming from BT Sport and airing on Fite TV here in the US.

Takam came into this one the underdog as he was not only giving up size to Joyce, he was also giving up age. However, the 40-year-old was coming off a four-fight win streak, but it was against no one the caliber of Joyce.

Opening rounds started with a familiar plan for Joyce, now 13-0, 12 KO’s, as he was out in front to establish the jab. Takam was looking to throw and, in my opinion, won the first two rounds being the busier fighter. Near the end of the third round, Joyce landed a body shot to close out the round that caused obvious discomfort as the bell sounded.

The Juggernaut @JoeJoyceBoxing is here and ready for battle 💪

The start of the fourth was more of the same as the smaller Takam was persistent, looking to close the distance and fight inside as this was having the most success that way. However, Joyce was catching Takam coming in with body shots and making a more invested effort in that attack. That helped in the fifth for Joyce as he could take advantage of a round that felt like Takam took off.

The start of the sixth round was a big point as Takam was caught with a hook from Joyce that staggered him, and from there, it was all over as an endless flurry of shots and combinations forced the referee Steve Gray to stop the fight. I’m not a fan of the stoppage, but Takam was angry at the decision but was not throwing any punches back at Joyce to make a better case.

With this win for Joyce, he remains unbeaten, but as the next mandatory up after the  Anthony Joshua-Oleksandr Usyk winner, hopes of chasing that title will be a good minute from now.