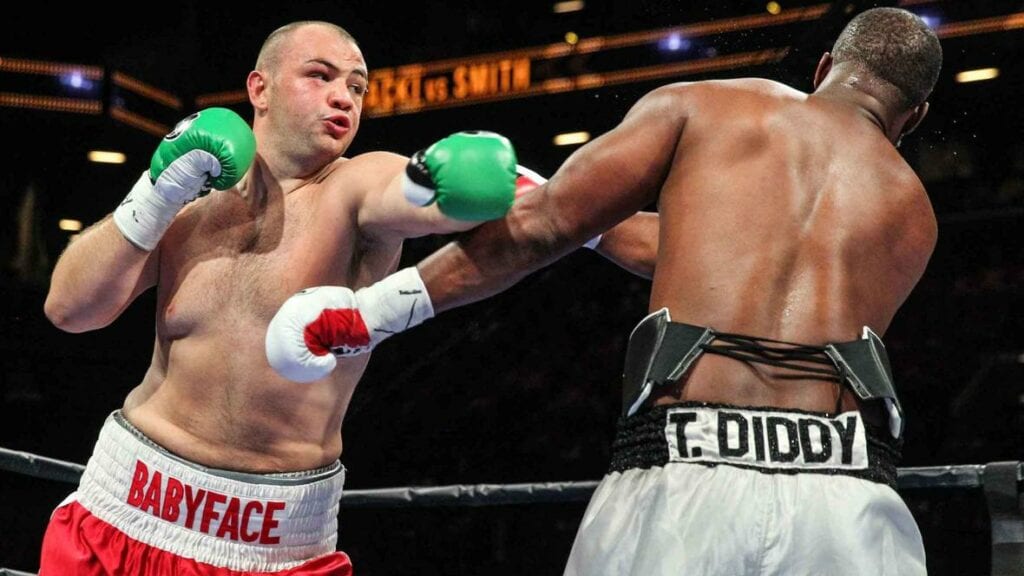 Saturday night in Brooklyn unbeaten Polish-American heavyweight contender Adam Kownacki gets a chance to headline in New York in the main event fight of the PBC show in Brooklyn.. However, he does have some regret that he wasn’t ready two months ago, when the chance to fill-in and fight Anthony Joshua at Madison Square Garden passed him by.

Earlier this week on a Premier Boxing Champions hosted media conference call building up Kownacki’s scheduled 12 round showdown with veteran contender Chris Arreola, Kownacki gave details on why he says Andy Ruiz was in the ring instead of him potentially being there?

First, Kownacki (19-0 15 KOs) was being asked about when he might be fighting WBC Heavyweight Champ Deontay Wilder, (who’s rematching Luis Ortiz this fall), and he made it clear that he has to be ready and in shape in the future, no matter when, for a title shot,

“Keep training. Stay in shape. I could have had an opportunity to fight Anthony Joshua but I was out of shape. So I didn’t pick up the challenge. So from now on, I’m in boxing shape. That’s it. Because the title shot could come around the corner in a couple of weeks’ notice because injuries and accidents happen. So I’m definitely going to be in camp nonstop, always working and perfecting my craft.”

That led to a follow-up question about not being in shape when Joshua was in need of a last-minute opponent after Jarrell Miller tested positive for PEDS.

“Yes, as I said I was not in any shape. I wasn’t in the boxing shop. I wanted to fight. It was my birthday. I found out my wife was pregnant, so I enjoyed life a little bit, which I regret because boxing’s my ful lime profession. And since that call I was, like, yo I got to get in shape and make sure that never happens again.

So it was a learning lesson which maybe stopped me from achieving my goal a little faster than I would have. But I kind of wasn’t ready so it was the right choice. I just got to compete to go down there. That’s what life is about. It’s about getting through our experiences, learning new lessons and making sure you’re always in shape. So I’m in pretty good shape now, and if that call comes again in the near future I’ve got to be ready.”

As you are probably aware by now, Ruiz pulled off one of the great heavyweight title upsets in history stopping Joshua by 7th round TKO June 1st.

It’s not a stretch that Kownacki with another impressive win could get into the title picture with Wilder or even, hypothetically, if Ruiz beats Joshua for a second time to fight him in 2020, as well.