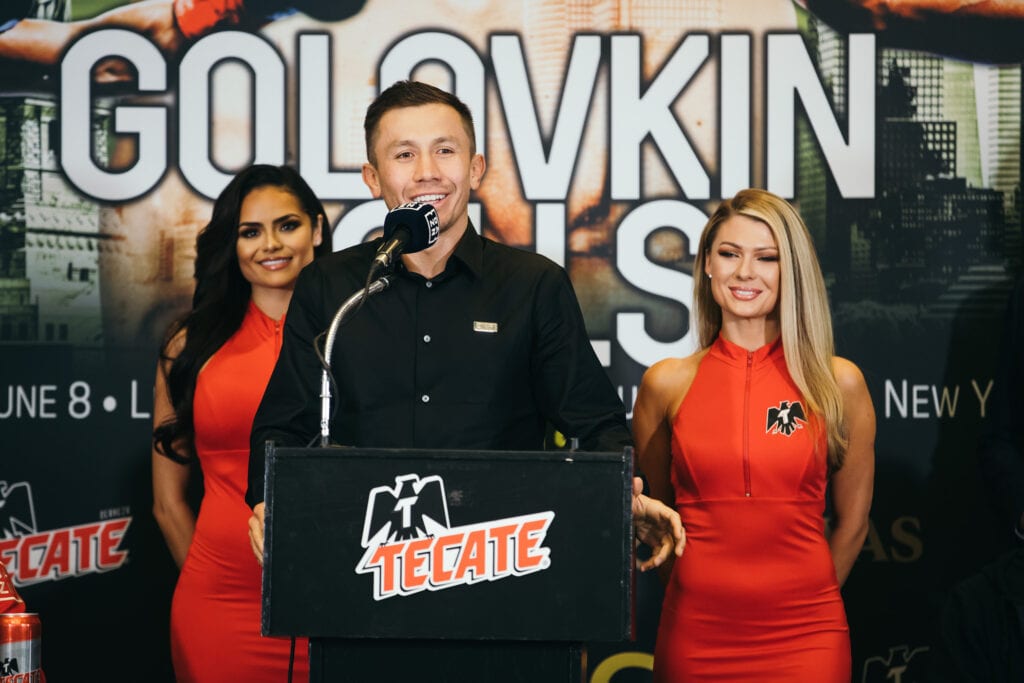 With the IBF title currently stripped from Canelo Alvarez, the International Boxing Federation (IBF) has ordered on Monday a matchup between number one contender Sergiy Derevyanchenko and number three contender Gennady “GGG” Golovkin for the vacant middleweight title.

Dan Rafael of ESPN reported that in a letter sent from the IBF that:

“The IBF middleweight title was declared vacant on August 1, 2019. The IBF is therefore ordering that a bout take place between the two highest ranked contenders to fill this vacancy,” IBF championships chairman Carlos Ortiz Jr. wrote in a letter to Alex Dombroff, the attorney for Derevyanchenko promoter Lou DiBella, and John Hornewer, the attorney representing Golovkin’s GGG Promotions.

Also in the report from ESPN, both  Derevyanchenko and Golovkin parties will have 30 days, or until Sept. 4, to agree to a deal. They will then have another 15 days to submit signed contracts to the IBF for the fight that is slated to take place Oct. 5. Golovkin exclusive deal with DAZN has him penciled in for the second bout of his six-fight, nine-figure deal on that date. If the camps cannot make a deal, the IBF will order a purse bid, but DiBella told ESPN he did not think a purse bid would be necessary.

DiBella told ESPN, “We knew the letter was coming, and we’ve already been talking, and I’m very confident in short order that we will be able to close a deal.”

All of this was expected once the IBF stripped the title from Alvarez last Thursday after negotiations between Alvarez and  Derevyanchenko fell through after several extensions.

For Derevyanchenko (13-1,10 KOs), this will be his second attempt at the IBF belt as he lost in his first go-around to Daniel Jacobs back last October. He had become the number one contender again back in April winning by unanimous decision on April 13 in Minneapolis.

Golovkin (39-1-1, 35 KOs) was hoping for a third fight with Alvarez after his fourth-round stoppage of Steve Rolls in June. Negotiations in that fight were stalled over disputes in location and Alvarez not wanting the match despite it being sought after by DAZN. With Golovkin taking on Derevyanchenko for the title that was taken away from Alvarez, hopefully, this in a roundabout way gets the third match between Golovkin and Alvarez closer to being done should Golovkin be victorious.