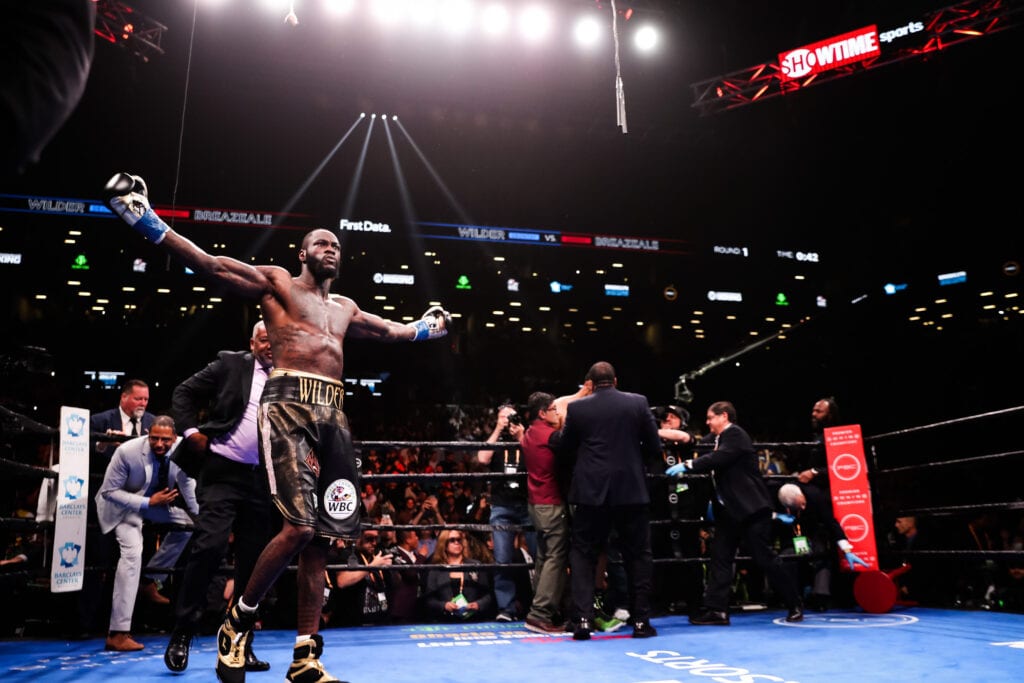 When Tyson Fury announced last week that he was fighting up and coming Swedish prospect Otto Wallin, the boxing community didn’t embrace the matchup with open arms.

Deontay Wilder was asked his thoughts on the matchup and as you’d expect he wasn’t a big fan of it either.

Fighthype.com interviewed Wilder about the upcoming Fury contest slated for September after calling the broadcast of Adam Kownacki and Chris Arreola for Fox and he unloaded these gems regarding the matchup:

“What is this? I mean, what’s going on here? I mean his last fight was against Ton Schwarz. He went to Vegas, he came out with this clown outfit on and how you’re gonna save America and ‘Make America Great Again.’ (Fury) Only had 5,000 fans in the audience, but he swears up and down he was the ‘it’ factor to our fight. Which we can prove there’s proof in the pudding that you’re irrelevant here in America.”

He didn’t stop there, Wilder continued:

“When have we ever had a title fight with no belts involved? It was invisible. We didn’t see s—.  He’s talking lineal (champion), and I didn’t see one belt. When did we start making twelve round bouts of invisible things? It’s getting ridiculous at this point and now the ultimate thing there coming out with an Otto?

“At least take on somebody people are going to be excited about seeing or know a little bit something about. You keep pulling out all these night shift graveyard workers and fighting them and talking about he the best. He’s not.”

He also advised in the interview that the media needs to “call that bull— out” in terms of taking Fury to task on the competition he is facing. Here at Big Fight Weekend on our latest podcast episode, we had a field day with it as news of Fury taking on Wallin didn’t set the world on fire.

Wilder and the boxing community are just some of the few questioning the contest as when news broke Michael Montero of The Ring Magazine, and Boxing Monthly had this tweet explaining it. Until we get Wilder-Fury 2 in 2020, expect more of the same all around.

Deontay Wilder’s opposition has been criticized (rightfully) for most of his title reign. But let’s be real, Tyson Fury’s opposition in between the Klitschko/Wilder bouts has been stir-fried dogsh*t. #boxing #FuryWallin #MonteroOnBoxing