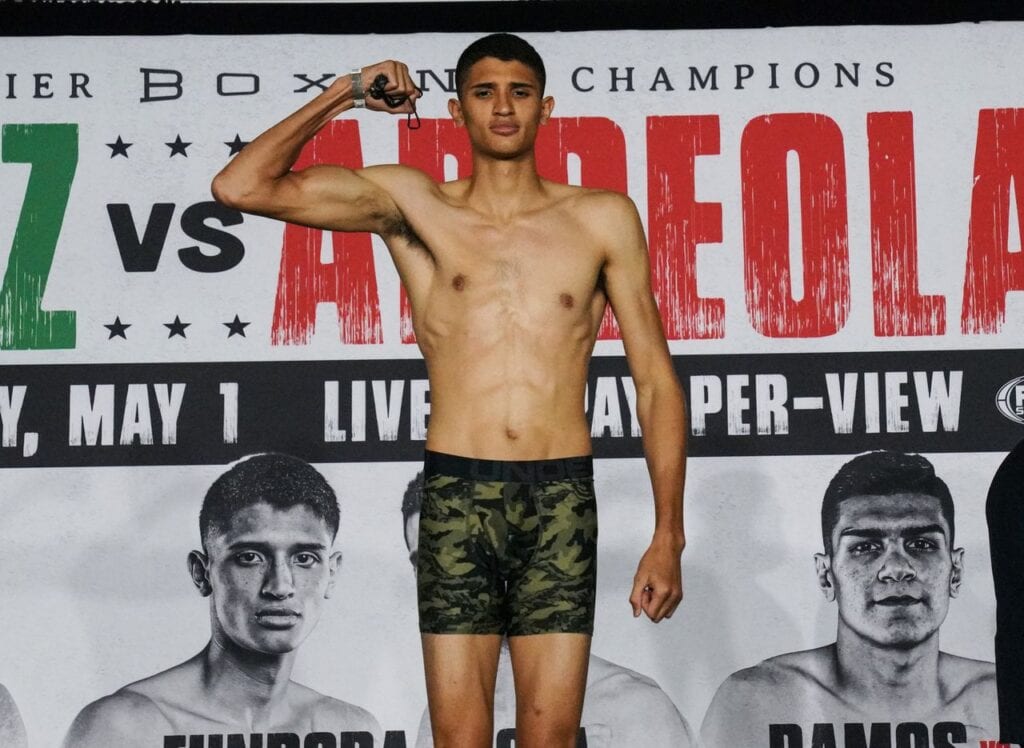 Sebastian Fundora made another statement, as he stopped Jorge Cota in the fourth round to remain undefeated Saturday night from the Dignity Health Sports Park in Carson, California. The Jr. Middleweight contender Fundora’s contest was on the undercard leading into the main event of Andy Ruiz Jr. and Chris Arreola.

The time of the stoppage was 2:35 of round four.

Cota started throwing in the first round with some wild shots, but Fundora in the middle of the opening round caught him with a nice hook and forced Cota to cover up to avoid any additional punishment. It was a real fun first round as both guys were starting to exchange inside early and often.

This was something both guys mentioned leading up to this fight that this would turn out. An amazing first round, as both combined throwing 160 punches in the opening frame.

? @SebastianFundo1 and Jorge Cota did not waste any time in RD1!

The second picked up where they left off as they kept fighting on the inside. By the end of the third round, Cota was seen busted and blooded up from the punches eaten from Fundora. So much so that Fundora was landing at about a 2 to 1 rate.

The fourth round Cota was tagged with a nasty left which hurt Cota badly and spent the rest of the round on shaky ground. The referee Ray Corona finally ended the fight near the fourth round as he had seen enough punishment taken from Cota.  You hate to see that kind of stoppage but it’s warranted and one you’d think that if the fight moved on, that the ringside doc or his corner may have ended this either way.

With the win, Fundora wins the WBC Super Welterweight Title Eliminator for an eventual title shot at the WBC crown at 154 in the hands of Jermell Charlo. He didn’t call out any names as that isn’t his style post fight but as a reminder, Fundora is in the top 10 of Ring Magazine.