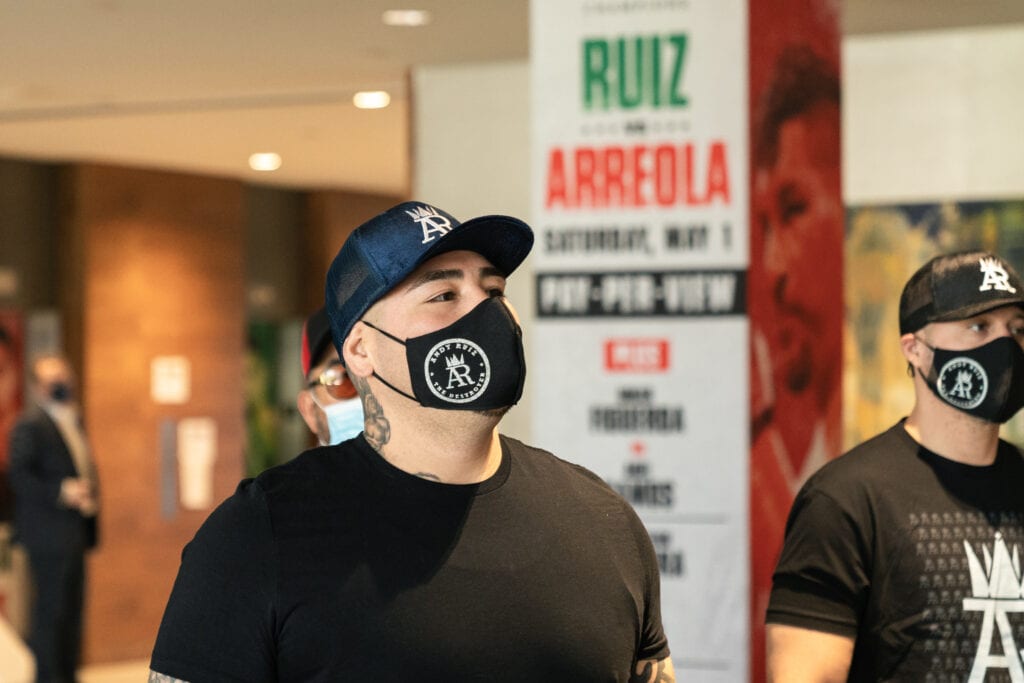 Andy Ruiz Out To Show The Transformation Saturday

Former unified champion Andy Ruiz Jr. makes his return to the ring this Saturday since losing the titles in a rematch to Anthony Joshua back in 2019, and unless you’ve been under a rock about Ruiz, things have changed. We’ll finally see the transformations he’s made as he takes on Chris Arreola at the Dignity Health Sports Park (that we all knew as the StubHub Center) in Carson, California.

Speaking with the media at their final press conference yesterday, Ruiz reminded us that this is a different guy in front of us.

“Right now, I’m motivated. I killed the old Andy, and a new Andy was born. I have a lot to prove,” Ruiz stated at the final presser Wednesday. “I let a lot of people down, and that’s why I had to make big changes to myself. However, I know what I’m capable of doing, and I know what I can accomplish. I have it inside of me to become the Mexican two-time heavyweight champion of the world.

His climb back to become a two-time champion starts with new trainer Eddy Reynoso, who has instilled new discipline into him to follow.

“Eddy made a really big difference for me. He’s helped my motivation and confidence. Without that discipline, I don’t think I would have been in this shape,” Ruiz said.

That shape is definitely different than the ‘dad-bod version of Ruiz we all saw in the most recent upset for the ages back in 2019. So how will that translate into the ring? Going into the fight, he is heavily favored against Arreola, who himself was coming off a loss to Adam Kownacki in 2019. First, however, Ruiz mentioned that he’d leave it up to God and his hands.

“I believe I have the fastest hands at heavyweight. I’m not where I want to be at right now, but I’m a lot better than where I was. I have so much to prove starting Saturday night. It’s going to be an all-action fight. We both came here to win. God willing, we get this victory, and all the sacrifices we gave are going to pay off. I just have to do my job,” Ruiz noted.