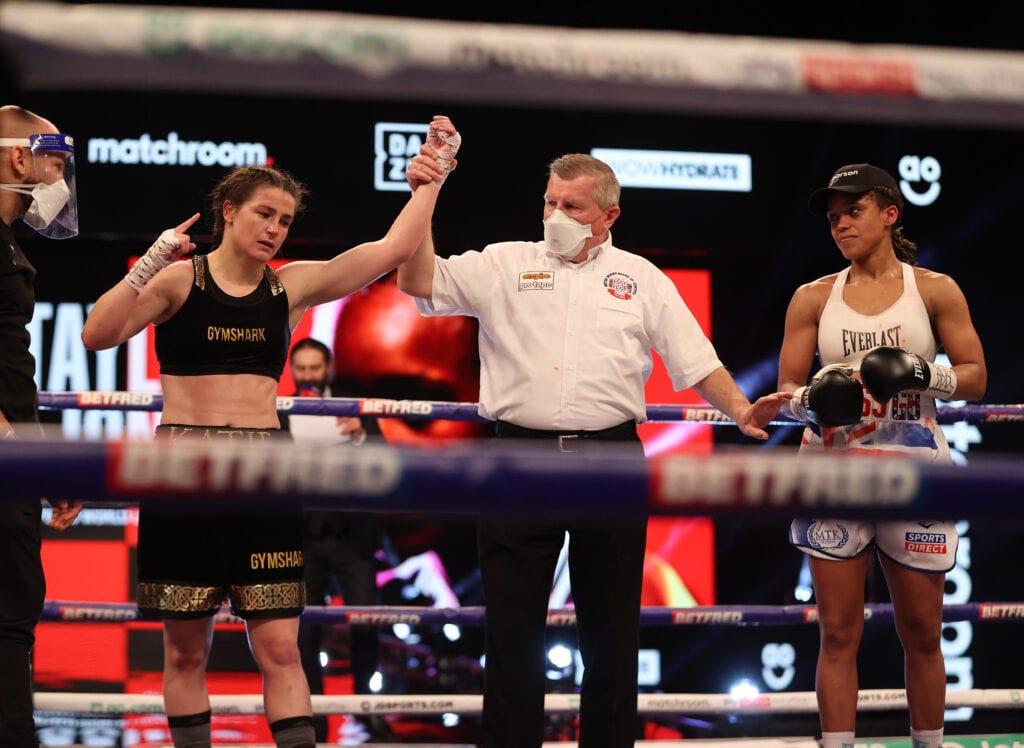 Katie Taylor retained her WBC, WBA, IBF, WBO, and Ring Magazine Lightweight World Titles after a unanimous decision victory over Natasha Jonas with scores of 96-94, 96-95, and 96-95 in Manchester Saturday night. The bout was the chief supporting bout before the main event of Joesph Parker defeating Derek Chisora.

The Irish star shared another memorable meeting with Jonas, nine years after their London 2012 Olympic Games bout, as Taylor was forced to dig deep for the win.

“Again, it was probably a bit too exciting for my liking,” Taylor told Matchroom. “It was definitely a toe to toe battle in there. I thought I was a bit flat early on, but I dug deep to win the championship rounds. I definitely showed the heart of a champion in there and that’s what won me the fight in the end.

“She showed everything it takes to win a World Title in her last two performances. Tonight was a brilliant showcase for women’s boxing and boxing overall. Every time we fought as amateurs it was that type of fight as well. I’d prepared for a hard ten-round battle tonight and that’s exactly what it was.

“Eddie was saying that fight would have brought the PPV sales up a small bit. That’s obviously a great start. I feel sorry for the main event coming out after that fight. It was a thrilling fight. I’m just delighted to come out of it with the belts and still undefeated. 18-0, onwards and upwards. This is what I’m in the sport for, I want to be involved in the biggest fights. There’s plenty of those fights out there for me.”